Christopher Carter is professor of English and Divisional Dean of Humanities at the University of Cincinnati. He teaches courses in writing theory, activist rhetoric, and visual culture. His books include Rhetoric and Resistance in the Corporate Academy (Hampton Press, 2008), Rhetorical Exposures: Confrontation and Contradiction in US Social Documentary Photography (University of Alabama Press, 2015), Metafilm: Materialist Rhetoric and Reflexive Cinema (Ohio State University Press, 2018), and The Corruption of Ethos in Fortress America: Billionaires, Bureaucrats, and Body Slams (Lexington Books, 2020). Metafilm was nominated for the Rhetoric Society of America Book Award in 2019. His essays have appeared in Works and Days, JAC, College English, and Rhetoric Review, and he has written chapters for Tenured Bosses and Disposable Teachers as well as Narrative Acts: Rhetoric, Race and Identity, Knowledge. He is a White critic committed to critical Whiteness studies, and since Hurricane Katrina made landfall in 2005, his work has consistently featured antiracist analyses of social space, popular imagery, and their overlap. 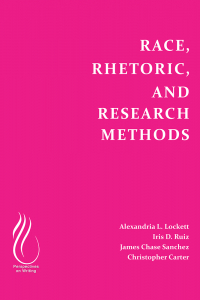