Food Insecurity and the Student-Athlete 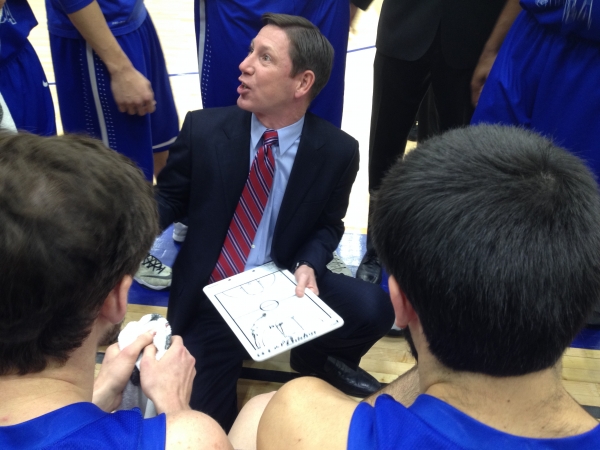 I heard Chris Faulkner’s voice as I walked the halls of the University of North Georgia athletics department. Faulkner, the head coach of the men’s basketball team, was talking with one of his star players. Not about jumpers, practice schedule, the upcoming road game. They were talking financial aid, how the player could spread out the money in his bank account to cover food until the next financial reprieve.

For almost a year, I had followed the basketball team for a book project I was working on. I have interviewed Faulkner and his players countless times. But the conversation I started to hear was different.

The basketball player was hungry.

The nonprofit NCAA banks close to a billion dollars through selling broadcast rights for the Division I men’s basketball tournament to CBS/Turner. According to the most recent consolidated financial statement released by the NCAA, the organization accumulated $918 million in total assets in 2015–2016. That’s up over $20 million from the previous statement. Business Insider reports that, starting in 2025, the NCAA will bring in over $1 billion from selling these broadcast rights. This billion doesn’t include tickets, concessions, or T-shirts.

Just as many college students are going hungry.

Anthony Abraham Jack, a junior fellow at the Harvard Society of Fellows and an assistant professor at the Harvard Graduate School of Education, wrote a column for The New York Times detailing the rise of food insecurity among college students. Jack details starting a food pantry at Harvard and provides unsettling statistics of food insecurity among college students at different universities: 21 percent of students at the University of Hawaii; 20 percent of first-generation students at George Washington University.

Jack is not the only one sounding the alarm bell. The American Association of Colleges and Universities highlighted two recent surveys that report on food insecurities among college students. One survey, Hunger on Campus: The Challenge of Food Insecurity for College Students, analyzed responses from close to 4,000 students from thirty-four community colleges and four-year institutions in twelve states. The other study, Struggling to Survive—Striving to Succeed: Food and Housing Insecurities in the Community College, surveyed almost 4,000 California community college students.

Our student-athletes are hungry. But bizarre NCAA rules prohibit buying a student-athlete a meal. One of the more well-known cases of this infraction is when former Utah men’s basketball coach Rick Majerus took his player Keith Van Horn out for a meal. Majerus picked up the tab. The NCAA found out about this and similar infractions and the entire school was placed on a three-year probation. Oh, it’s worth mentioning more about the Van Horn dinner: the kid’s dad had just died.

In 2014, Shabazz Napier, a starting basketball player for the University of Connecticut, made headlines for saying he sometimes goes to bed “starving.” The comments gained additional traction because his team had just won a national championship.

The NCAA defends their stance by pointing to amateurism. Paying for a car, a house, even a meal, tarnishes the shine of amateurism. Like many, I am not sure why the NCAA holds amateurism to such lofty standards that they would ding Majerus for buying a grieving player a meal. But amateurism appears as the metaphorical ship the NCAA is willing to go down on—a ship that may be quickly sinking because of the ongoing FBI probe into college basketball.

Sure, the NCAA has recently relaxed their policy on food and student-athletes. Through well-being initiatives, the NCAA Legislative Council in 2014 decided, “Division I student-athletes can receive unlimited meals and snacks in conjunction with their athletics participation.” It’s no coincidence that this change came so quickly after Napier’s public comments. Like most decisions released by large governing bodies, the language is a bit vague. I do wonder what is meant by “in conjunction with their athletics participation.” But the NCAA is making a positive move here.

As the NCAA keeps working on food insecurity among student-athletes, we, the faculty and stewards of our universities, can also get to work by starting food pantries and ensuring these pantries are available to all students—like Jack did at Harvard.

It shouldn’t take a face-to-face meeting with a head coach, a collaborative session of financial brainstorming, to keep our student-athletes’ bellies full.

One of the NCAA’s favorite policies is equality: if the general student population gets something, then the student-athletes should, too. This policy often cuts the opposite direction, with the NCAA being concerned that student-athletes aren’t getting extra benefits. But a food pantry for the general student population would mean a food pantry for all our students.

Food pantries are catching on at my university, the University of North Georgia. My colleague Carly Redding, in the Department of Sociology and Human Services, started one on our Gainesville campus. We need to get one on the Dahlonega campus, the only UNG campus with student-athletes. We need to keep our dining hall open more and longer—especially over holidays.

I am not a sociologist, counselor, or advisor. I don’t have training in food pantries, in food insecurities, in navigating Pell Grants or SNAP. But this is not a disciplinary issue. This is a university-wide issue. Again, faculty are the stewards of the university.

When I was following the basketball team for my book project, I would often pop into Faulkner’s office even when he was chatting with a player, another coach, the athletics director. But I turned and went the other way when I heard him and the player brainstorming ways to eat.

Later that evening, the team played and beat one of the better teams in the conference. The player I overheard recorded the most points on the team and left small Memorial Hall to a cheering crowd.

I never found out if he ate that evening.

J. Michael Rifenburg is associate professor and director of first-year composition at the University of North Georgia, where he also serves as Faculty Fellow for Scholarly Writing within the Center for Teaching, Learning, and Leadership. His work has appeared in Composition Forum, Across the Disciplines, Teaching English in the Two-Year College, The Writing Center Journal, and other publications.