Lynda Teller Pete is a fifth-generation Navajo weaver who grew up weaving Two Grey Hills tapestries, taught by her mother and sisters. She has won several textile awards, including Best of Division and Best of Classification at the Santa Fe Indian Market in 2011 and Best of Division again in 2013. She also appeared in a 2016 segment of Craft in America. 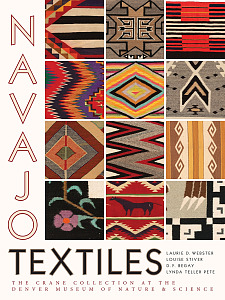 The Crane Collection at the Denver Museum of Nature & Science