E. Arima is a Canadian ethnologist working in the Arctic and the Northwest Coast of North America. During the 1960s he was associated with the National Museum of Canada Human History Branch (now the Canadian Museum of Civilization). Since 1975, he has been an ethnohistorian with Parks Canada. In addition to his studies of watercraft, he has worked on Inuit oral traditions of East and West Hudson Bay, Kwakiutl mask carving, and Blackfoot history. 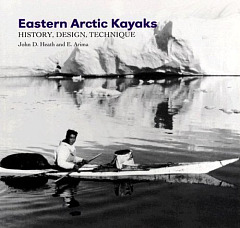