Claus-M. Naske is professor emeritus of history at the University of Alaska Fairbanks. He was born in Germany and immigrated to Alaska in 1954. Since receiving his doctorate in 1970, he has written and published widely on the history of Alaska. His books include A History of Alaska Statehood (1985); Edward Lewis Bob Bartlett of Alaska: A Life in Politics (University of Alaska Press, 1979); and Alaska: A History of the 49th State, co-authored with the late Herman E. Slotnick. 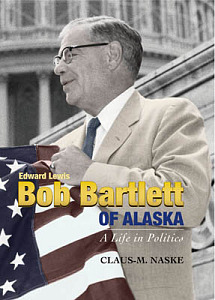