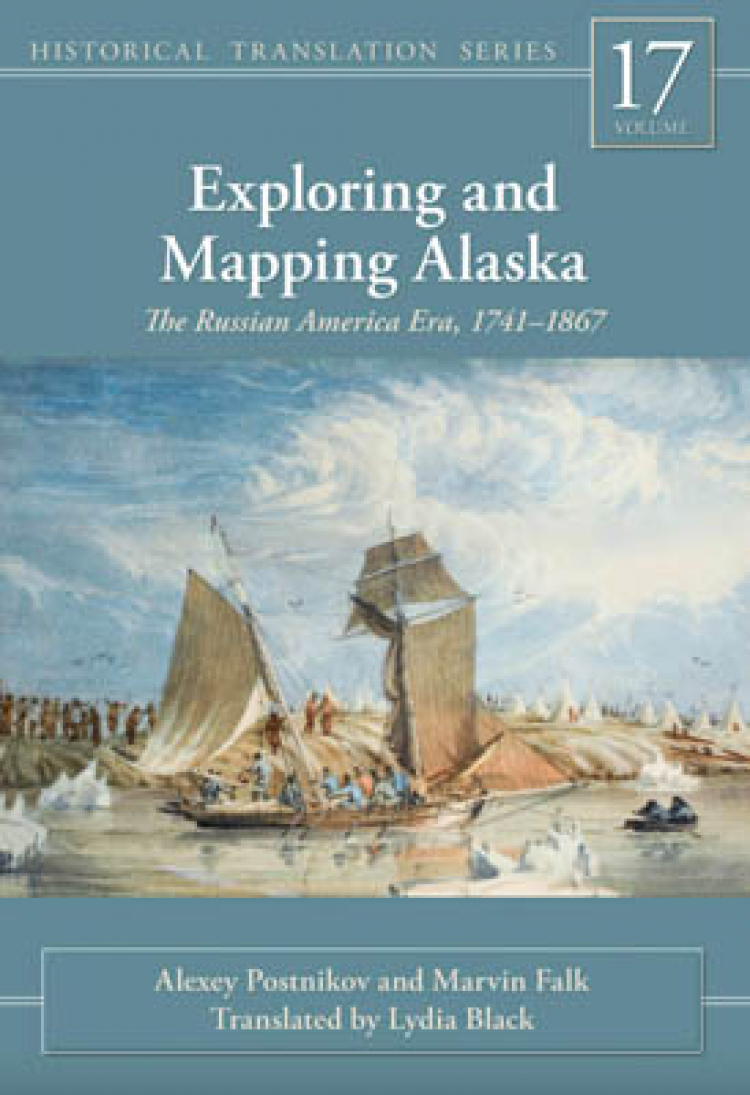 "This handsomely produced book offers much that is new, and is the product of serious research deriving from ongoing archival scour. . . . Highly recommended."
—Choice

"Long awaited. . . . Postnikov is an internationally known authority on the history of the cartography of Russia and its territories. The late Lydia Black, an acknowledged expert on the anthropology and Russian-era history of Alaska, worked closely with him to produce a translation that conveys the essence of the Russian original while pruning some of its verbiage. Coauthor Marvin Falk, a recognized authority on the history of the cartography of Alaska, updated portions of the translated text to reflect scholarship published since 2000. The result of their collaboration is a thorough and highly readable account of the exploration and cartography of Alaska before that territory's acquisition by the USA in 1867."
—Journal of Historical Geography

"A big book with much to offer: a wealth of information from obscure Russian sources, reproductions of exciting maps from many places, ideas that are worthy of careful attention and further research. This book is highly recommended."
—Alaska History

"This augmented English translation of a history of Russian exploration and cartography, and through those processes the very invention of the Great Land, or Alaska, will likely be the definitive account on this subject."
—Alaska Journal of Anthropology

Russia first encountered Alaska in 1741 as part of the most ambitious and expensive expedition of the entire eighteenth century. For centuries since, cartographers have struggled to define and develop the enormous region comprising northeastern Asia, the North Pacific, and Alaska. The forces of nature and the follies of human error conspired to make the area incredibly difficult to map.

Exploring and Mapping Alaska focuses on this foundational period in Arctic cartography. Russia spurred a golden era of cartographic exploration, while shrouding their efforts in a veil of secrecy. They drew both on old systems developed by early fur traders and new methodologies created in Europe. With Great Britain, France, and Spain following close behind, their expeditions led to an astounding increase in the world’s knowledge of North America.

Through engrossing descriptions of the explorations and expert navigators, aided by informative illustrations, readers can clearly trace the evolution of the maps of the era, watching as a once-mysterious region came into sharper focus. The result of years of cross-continental research, Exploring and Mapping Alaska is a fascinating study of the trials and triumphs of one of the last great eras of historic mapmaking.

Lydia T. Black immigrated to the United States in 1950. She is Professor Emerita at the University of Alaska Fairbanks. In 2000, she was awarded The Order of Friendship by the Russian Federation for fostering cooperation between the Russian and American scholarly communities. Dr. Black has published extensively on Russian and Alaskan history and anthropology, including a biography of St. Innocent entitled A Good and Faithful Servant (1997) and the authoritative Russians in Alaska, 1732 - 1867 (University of Alaska Press, 2003). In 2004, she was honored as Historian of the Year by the Alaska Historical Society.

Marvin Falk is a professor and curator of rare books emeritus at the University of Alaska Fairbanks.

Alexey Postnikov is a research fellow in the Russian Academy of Sciences.