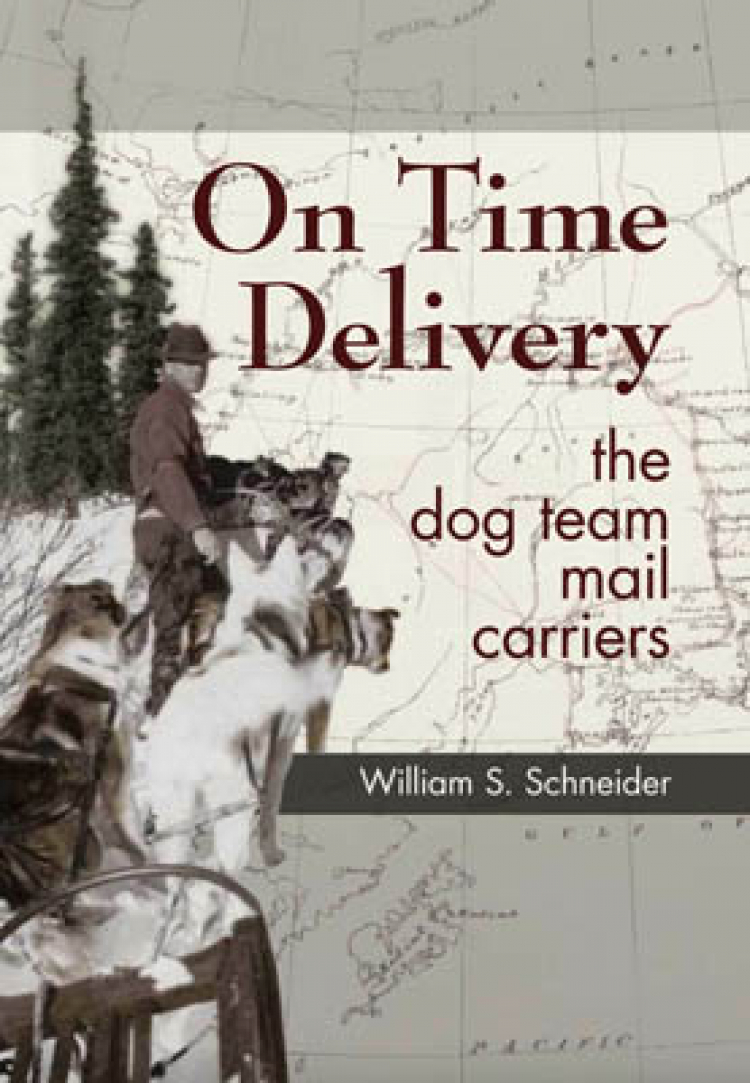 From the turn of the twentieth century in interior Alaska, dog team mail carriers were charged with maintaining the trail systems and carrying the mail until they were replaced in the late 1930s and ’40s by airplane mail service. With the advent and widespread adoption of aviation, many of the trails were abandoned, and a generation of rural Alaskans has now grown up with few ties to the overland trail system that supported their grandparents and inspired modern traditions such as the world-famous Iditarod Race. In addition to chronicling the history of this unique postal service, On Time Delivery pays tribute to the men who carried the mail and the families who supported them, and considers the changing nature of how people experience the country where they live and how this is affected by the systems of communication and transportation upon which they depend.

"Illuminating. . . . On Time Delivery is a chronicle of records and memories of the sled dog era with historic photos and reports on the current status of some of the major routes."
—Anchorage Daily News

When Our Words Return

Writing, Hearing, and Remembering Oral Traditions of Alaska and the Yukon