An Ethnography of a Climate Change in Shishmaref, Alaska 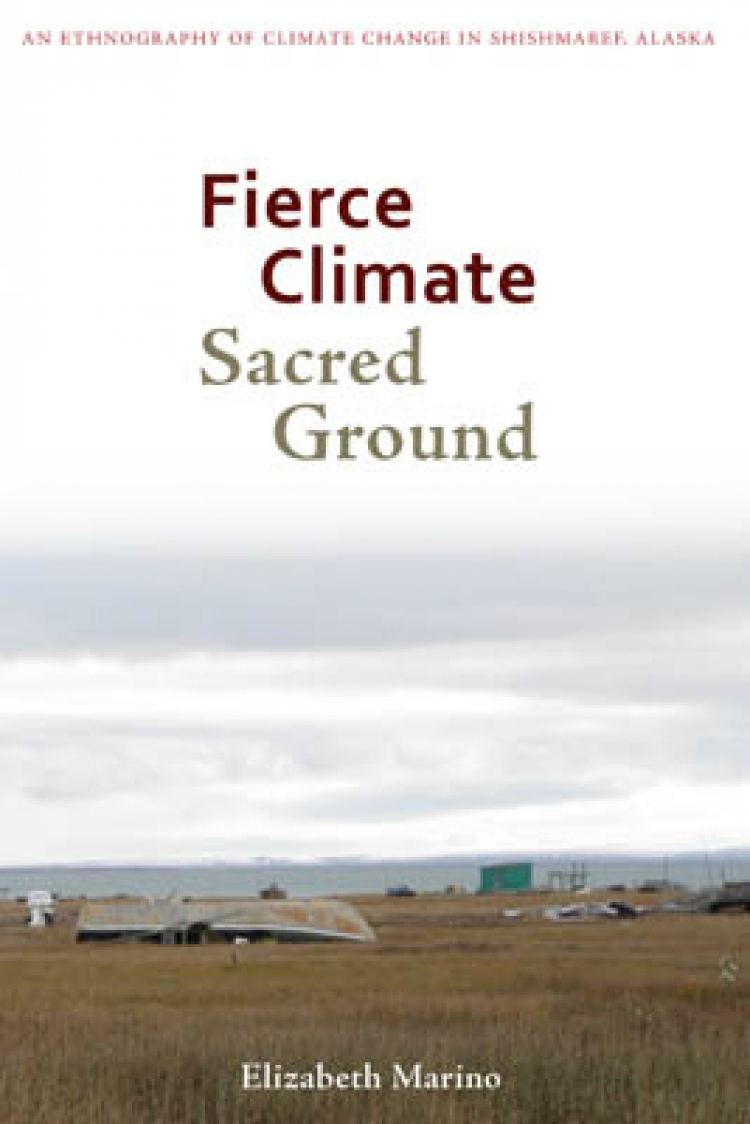 "A concise, powerful, and illuminating description of Shishmaref’s experience as a community, as a media magnet, as the object of extensive planning and discussion, and as an exemplar of climate change."
—Arctic

"Six hundred people in the Inuit village of Shishmaref, on a barrier island just north of the Bering Strait about 60 miles north of Nome, have been watching their village slide into the sea. Increasing storm surges have been eroding more than 23 feet from the island's shoreline each year. With a warming climate, ice no longer holds back the increasingly turbulent sea that threatens the village with destruction. Several other Native Alaskan coastal villages face the same fate. . . . This is a story worth telling and reading. Recommended."
—CHOICE

"While journalists have publicized a great deal about Alaska Native communities, describing them with the now routine phrase, as ‘miners’ canaries’ of climate change, there have been few ethnographic accounts that capture the on-the-ground complexity of how communities in the north are responding to climate change. Elizabeth Marino’s pithy ethnography is a welcome addition to this body of literature."
—Anthropos

With three roads and a population of just over five hundred people, Shishmaref, Alaska, seems like an unlikely center of the climate change debate. But the island, home to Inupiaq Eskimos who still live off subsistence harvesting, is falling into the sea, and climate change is, at least in part, to blame. While countries sputter and stall over taking environmental action, Shishmaref is out of time. Publications from the New York Times to Esquire have covered this disappearing village, yet few have taken the time to truly show the community and the two millennia of traditions at risk. In Fierce Climate, Sacred Ground, Elizabeth Marino brings Shishmaref into sharp focus as a place where people in a close-knit, determined community are confronting the realities of our changing planet every day. She shows how physical dangers challenge lives, while the stress and uncertainty challenge culture and identity. Marino also draws on Shishmaref’s experiences to show how disasters and the outcomes of climate change often fall heaviest on those already burdened with other social risks and to communities that have contributed least to the problem. Stirring and sobering, Fierce Climate, Sacred Ground proves that the consequences of unchecked climate change are anything but theoretical.

Elizabeth Marino researches circumpolar issues from her home in Cascades, Oregon. She has lived in or visited Shishmaref since 2002.