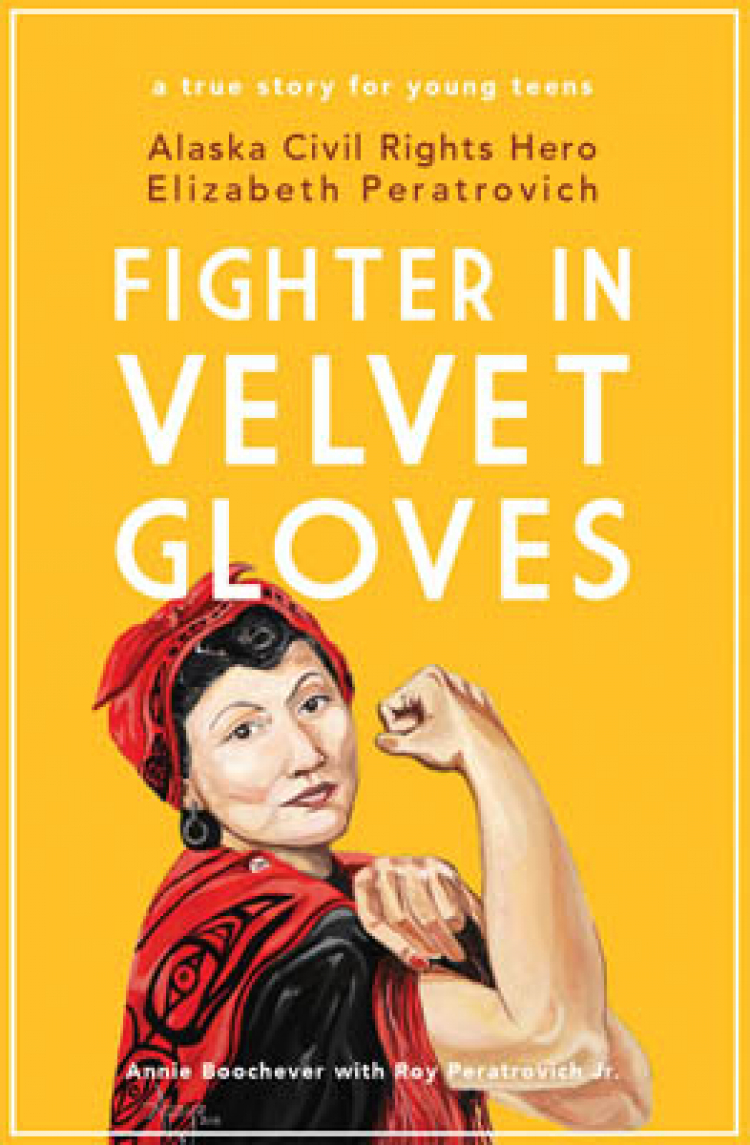 "No Natives Allowed!" The sign blared at the young Tlingit girl from southeast Alaska. The sting of those words stayed with Elizabeth Peratrovich all her life. They also made her determined to work for change.

In 1945, when Elizabeth was 34 years old, she gave a powerful speech before a packed session of the Alaska Territorial Legislature. Her testimony about the evils of racism crowned years of work by Alaska Native People and their allies and led to passage of Alaska's landmark Anti-Discrimination Act, nearly two decades before President Lyndon Johnson signed the US Civil Rights Act of 1964.

"It's the kind of book I wish my own children could have read when they were in grade school, a moving story that deserves a place in every school library in this nation. Told in straightforward, readable prose, Fighter in Velvet Gloves is the biography of an Alaska Native woman who, despite adversity, never gave up as she struggled for equality. Both Native and Non-Native young people should be able to identify with Elizabeth Peratrovich, who fought her battles in the far north long before the Civil Rights movement in the American South caught fire."—Joseph Bruchac, Abenaki author and storyteller, author of Our Stories Remember

"We Tlingit people are sensitive about our stories, yet Annie Boochever has delicately managed this conundrum and, with Roy, has achieved a respectful and deeply honest telling of Elizabeth's life. What I would have given to have this inspiring book in my hands in my troubled youth."—Diane Benson, assistant professor at the Department of Alaska Native Studies & Rural Development, University of Alaska Fairbanks

"An important contribution. . . . This is a book that should be placed in the required curriculum of all Alaska schoolchildren. More importantly, it’s one that should be read by adults. Anyone who peruses online comments on Alaska news sites or who follows state news stories knows that racism is still being directed towards Alaska Natives. The problem persists and Elizabeth Peratrovich's work remains incomplete. It’s up to us to continue the job. Fighter in Velvet Gloves explains why."—David James, Anchorage Daily News and Fairbanks Daily News-Miner

Annie Boochever grew up in Juneau, where she became a teacher and playwright. She is the cofounder of the Alaska Children’s Theater. Boochever is also the author of Bristol Bay Summer. She lives in Bellingham, Washington.

Roy Peratrovich, Jr. is a Tlingit from southeastern Alaska, where his parents were well-known Alaska Native civil rights leaders.

HMS Sulphur on the Northwest and California Coasts 1837 and 1839