The First Russian Voyage Around the World 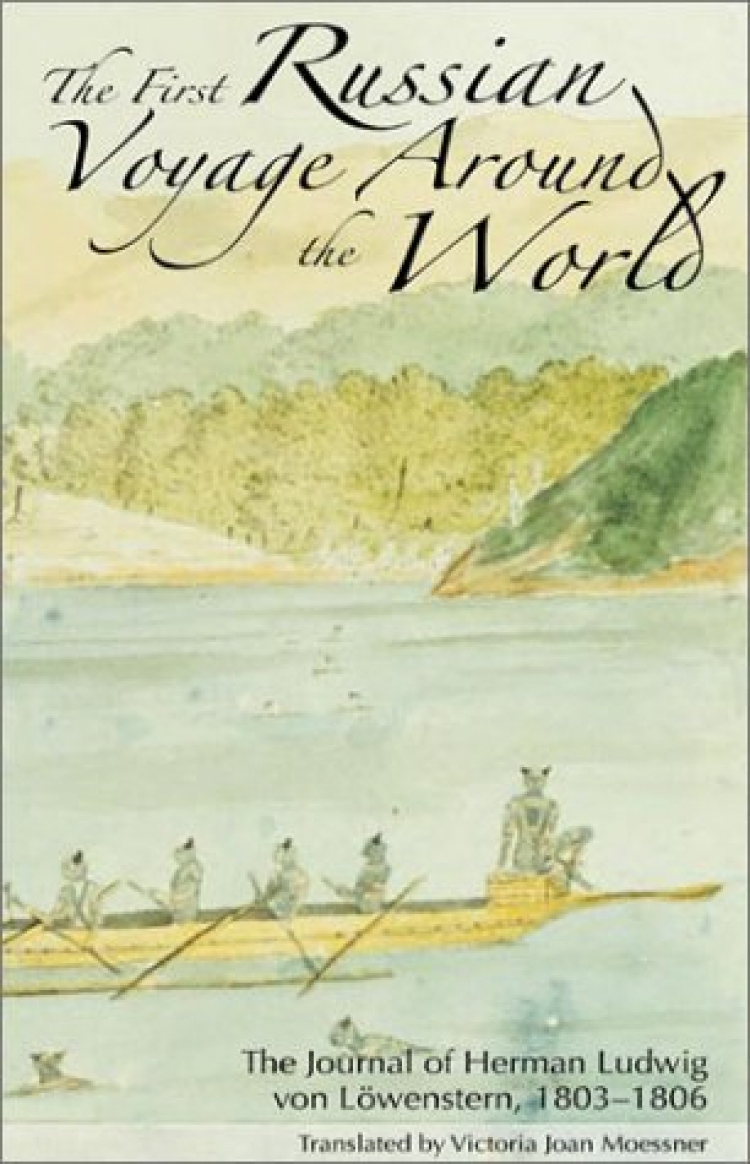 In May of 1803 the first Russian expedition around the world set sail from Kronstadt. It sailed by way of Denmark, England, Tenerife, Brazil, Nukahiva, Kamchatka, Japan, China, St. Helena, and Scotland before making its way home. On this two-hundred-year anniversary of the expedition, Victoria Joan Moessner brings us the first English translation of the uncensored, personal diary kept by Hermann Ludwig von Lowenstern (1771-1836), the fourth officer on the lead ship Nadezhda under Captain Adam Johann von Krusenstern.

Because Lowenstern never published his diary, it was not submitted to the official censorship process that scrutinized and altered all publications in Tsarist Russia. Thus it contains frank descriptions of historical events, arguments, sightings, and opinions that were left out or removed from other accounts that were subject to editorial scrutiny. His diary makes a particularly critical contribution to our knowledge about the history and politics of nineteenth-century Russia and the lands visited by the expedition. For example, it contains new and important information about the continuing strife between Captain Krusenstern and the first Russian ambassador to Japan, Nicolai Petrovich Resanoff.

Moessner supplements her meticulous translation with a historical and methodological introduction and a timeline of important events. Her international research also uncovered fascinating paintings and sketches--many of them never published--that are included in this volume in high-quality color and black and white plates. Augmented by these impressive editorial elements, Lowenstern's diary is now available in fine form to a wide audience, two hundred years after he set sail.

Victoria Joan Moessner is professor emeritus of German at the University of Alaska Fairbanks.