Harnessed to the Pole

Sledge Dogs in Service to American Explorers of the Arctic, 1853-1909 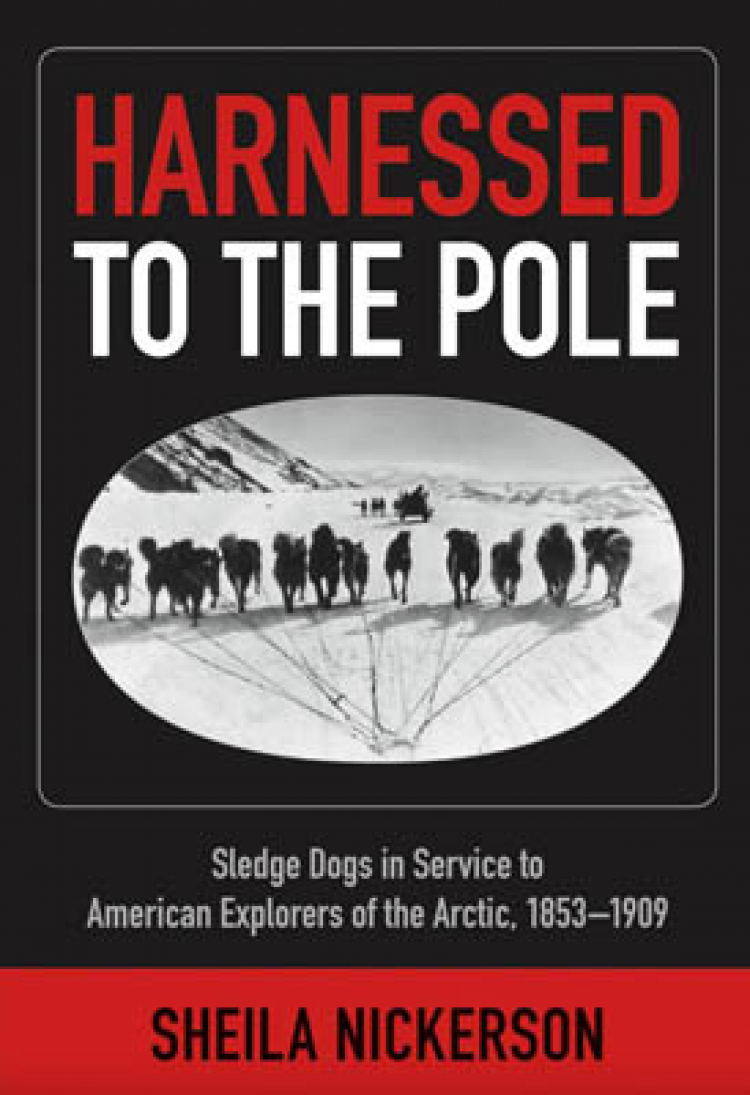 In the second half of the nineteenth century, an epic race was underway in some of the most brutal parts of the planet. Explorers from around the world hoped to stake their claim on the Arctic, with the North Pole being the ultimate prize. Those with the greatest success found that the fastest way to travel was on four legs: using a team of hardworking sledge dogs.

Harnessed to the Pole follows the adventures of eight American explorers and their dog teams, starting with Elisha Kent Kane and ending with Robert Peary, the controversial claimant to the title of first to reach the North Pole. While history has long forgotten these “little camels of the North,” Nickerson reveals how critical dogs were to the arctic conquest. Besides providing transportation in extreme conditions, sledge dogs protected against wolves and polar bears, helped in hunting, found their way through storms, and provided warmth in extreme cold. They also faced rough handling, starvation, and the possibility of being left behind as expeditions plunged ahead. Harnessed to the Pole is an extraordinary and unflinching look at the dogs that raced to the top of the world.

"The next time I see the words: ‘Inuit Dogs have played an important role in Arctic exploration,’ Sheila Nickerson’s book, Harnessed to the Pole; Sledge Dogs in Service to American Explorers of the Arctic, 1853-1909, will haunt me. For letting it go at just those ten words is a trivialization, a glossing over of what actually happened to those hundreds upon hundreds of dogs during their use. . . . Fascinating details of polar history with a very strong focus on the dogs, Harnessed to the Pole is not for the faint of heart, but is a book that needed to be written."—The Fan Hitch

"Nickerson again proves herself an enchanting storyteller. She covers an era when American attention shifted from finding the Franklin Expedition to Arctic discoveries and attaining the North Pole. The accounts of hardship and survival are fascinating, and those of disaster are spellbinding. Readers unfamiliar with Arctic history will be mesmerized by the death march of De Long’s men into Siberia. Even more astonishing is the narrative of the crew members of the Polaris who were marooned the entire winter of 1872-73 on an ice floe. Miraculously, all survived. Even those familiar with these tales will be gripped anew by Nickerson’s retelling. In the end, however, this book belongs to the dogs, which Nickerson calls ‘the Sherpas of the Arctic . . . a team pulling a sledge overladen with hope and ego, each dog named and known to its driver, each a distinct personality, all hauling toward an uncertain and often fatal destination.’ Theirs is a story worth learning."—Alaska Dispatch News

"A must-read. . . . Utilizing new sources and original research, Nickerson provides the magnificent dogs the recognition they deserve. She portrays them as the most rugged, tenacious and significant polar travelers. Without the dogs, these explorations would have been impossible."—Naval Historical Foundation

"Nickerson has written two books in one—a beautiful paean to sledge dogs and gutsy narrative describing the accomplishments, hardships, and human treatment of the ‘Sherpas of the Arctic.’"—Alaska History

"As the old adage goes, every dog has its day. In Shelia Nickerson’s book Harnessed to the Pole not only do polar dogs get their day, they also star prominently in their own chapters. . . Told in an engaging manner, supported with lots of sources and notes and illustrations, Nickerson accomplishes her goal of bringing to light the plight, duty, heroism, tragedy, daily life, loyalty and importance of naming these animals referred to as ‘camels of the north."—The Polar Times