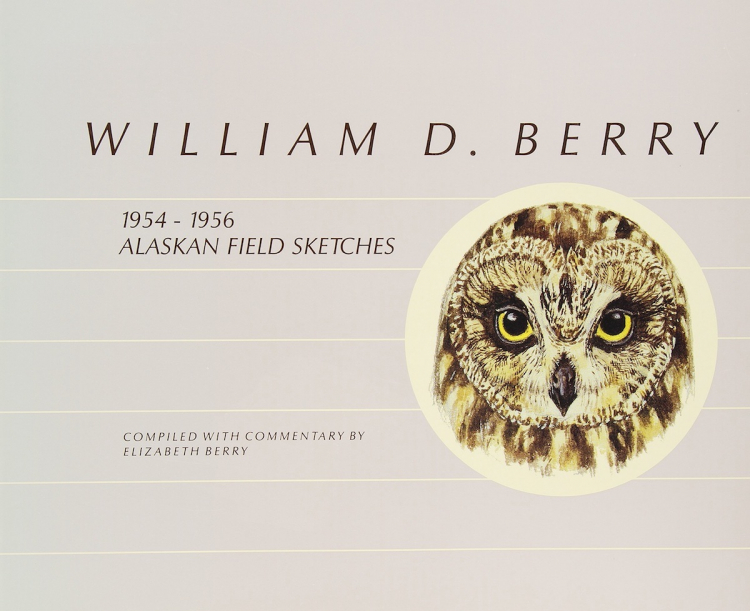 "Berry literally teaches us to see in these pages. These images will endure as long as civilization."
—Bloomsbury Review

"A superb book for anyone interested in northern wildlife and art."
—Polar Record

"A book to browse over and over."
—Anchorage Daily News

"An important black and white and color odyssey into the natural history of varying Alaskan settings."
—Midwest Book Review

This book offers a unique glimpse of Alaska and its creatures, rendered on paper by a man who loved and respected them. William D. Berry was nationally known as a wildlife artist, but to many Alaskans, he was also a kind of state treasure and certainly a natural resource. Berry's clear vision, conveyed with his disciplined skills, captured Alaska's creatures and their habitats in works that are both scientifically accurate and artistically compelling.

From his childhood in the southwestern desert to the closing days of his life in the taiga forest of Alaska, Berry was absorbed by the diversity of living creatures with which he shared the world. Years of observation gave him a singular capability to perceive animals; years of study gave him an equally singular ability to convey them to observers through an array of artists' media. Fox cubs or caribou, his animals are what you might see--if you had his patience or powers of observation. Each fully rendered creature has its own character, presented with respect for its individuality as well as accuracy for its individuality as well as accuracy for its species characteristics.

It is a privilege for the University of Alaska to bring this sampler of Bill Berry's private efforts from the 1950s before a wider audience. The book is grouped into four sections: Denali Park, color sketches, Point Hope, and around and about Alaska. Within each, the animals are in taxonomic order, the way Berry arranged and filed them.

Berry's friend, zoologist William O Pruitt, once observed that this artist's field sketches were the equivalent of the scientist's field notes. Perhaps it is that honesty that makes his work a challenge to other artists who wish to capture the essence of animals and captivate viewers. It is surely one of the reasons that his sketches continue to please all who cherish wilderness.

William D. Berry (1926-1979) was a nationally known and skilled wildlife artist. He spent a lifetime studying and drawing the creatures around him. He is known to many through his books Deneki and Buffaloland. He illustrated other volumes and expressed his art in many other forms, working in pencil, oil, silkscreen, and bronze sculpture. His work could also be lighthearted as his cartoons and murals, especially for children. Although he left relatively few finished works, he did leave a wealth of material in his field sketches, notebooks, stories, and letters.

Berry 's interest in animals and their habitat had developed at an early age. "Well, I took up drawing when I was about three," he told Ann Kacsur, "From then on, I spent most of my time either chasing bugs and lizards or drawing pictures." Until Bill went to school, he received little art instruction, and during his public school years, he mostly disagreed with his art teachers. He wanted to make drawings "that looked like something," while his instructors insisted that he "loosen up" and express himself.

In 1946, Bill attended the School of Applied Arts in Glendale, California, where the 1920 style of illustration was taught. Bill remained true to his own drawing techniques, but also took advantage of instruction at the college, despite the criticism he encountered. "They kept telling me that I was a nut."

Guide to Marine Mammals of Alaska