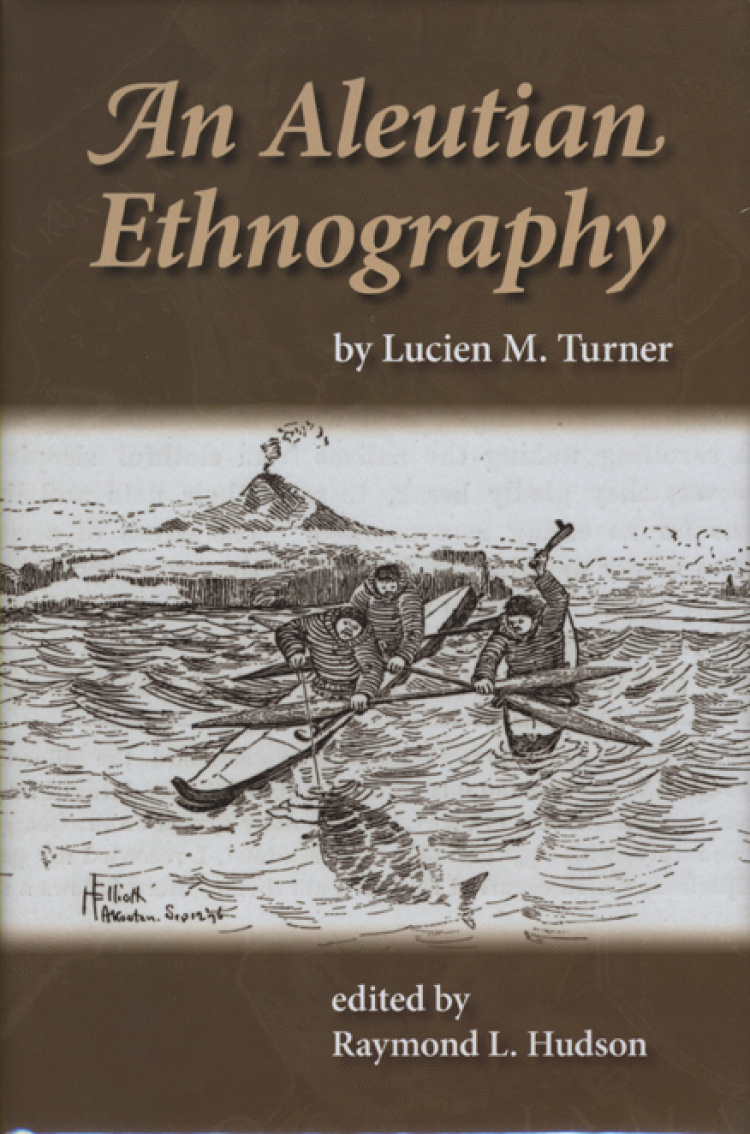 "In all, this is a welcome addition to the literature on the Aleutian Islands. It presents a variety of new information and is easy to read. It offers a personal glimpse of life in the islands in the late nineteenth century and almost uniquely lets the voices of the Aleut people peek through in a way most ethnographies, especially from that era, do not."
—Debra G. Corbett, Alaska Journal of Anthropology

Lucien Turner's ethnographical work in the Aleutians remains unique and is set apart from the work of Dall, Elliott, and Petroff for several reasons. He alone made a concerted effort to learn Aleut and therefore could, more or less, communicate directly with the local population. Turner spent more continuous time in the Aleutians than other researchers, living for extended periods in three primary Aleut communities in the eastern, central, and western islands. He interacted with Aleuts on a day-to-day basis, shared some of their difficulties, and felt at home enough to joke with them. And finally, the collections he made in the Aleutians surpass all others from the late 19th century. The items he shipped from the chain provide researchers and contemporary Unangan glimpses into an irrecoverable past. It is this collection that forms Turner's primary legacy.

Turner's extant ethnographic notes are directly tied to his collections of natural history.Continuing analysis of this collection will reveal new aspects about their culture. A careful reading of his notes will shed light on both the Aleuts near the end of the 19th century and on those outsiders who lived among them. It is our misfortune that neither he nor anyone else ever wrote a cohesive and comprehensive ethnography that might have done for the later half of the 19th century what Veniaminov's Notes on the Islands of the Unalashka District did for the earlier years of that century. Any hope of retrieving an ethnography for that earlier period has gone. We are left, as Turner himself wrote, with only glimpses of "people whose characters are set before us by their works and not by their words."

Alutiiq/Sugpiaq Life on the Alaska Peninsula