The Life and Times of Joe Ladue, Founder of Dawson City

by Ed and Star Jones 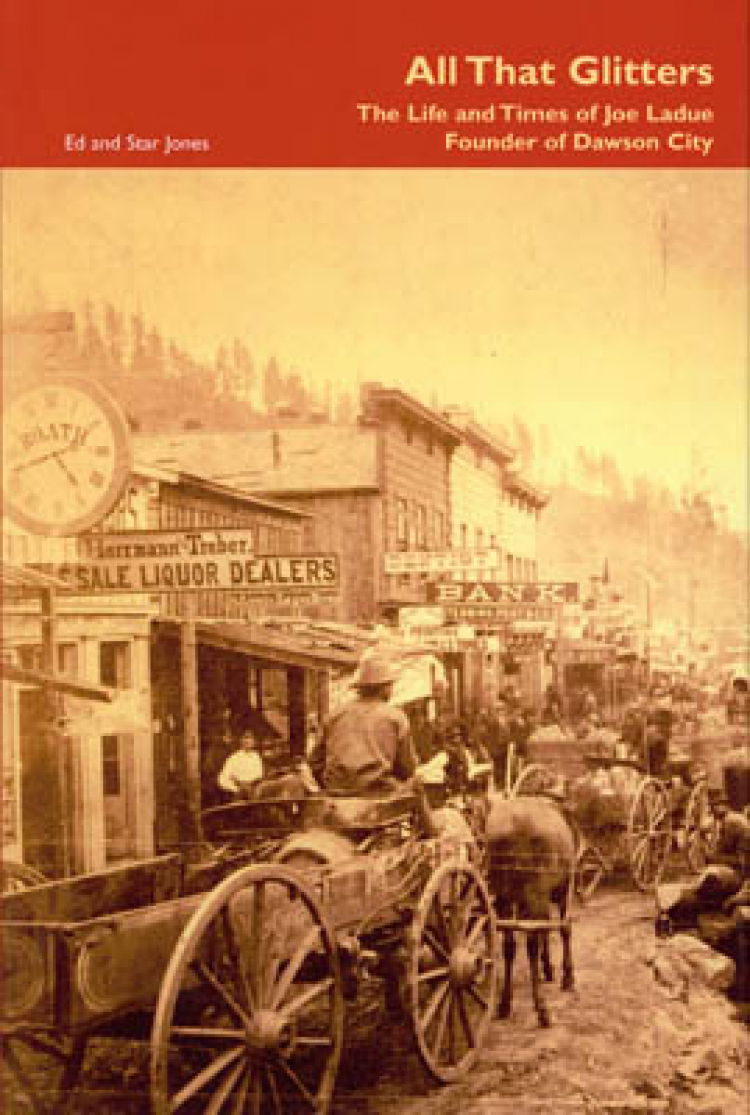 “[All That Glitter’s] strength lies in the details thought the authors have uncovered after much painstaking research. It is bound to re-awaken interest in the story of the Yukon in the years before the great stampede, and in the men and women who helped to give it birth. For Joe Ladue, and for all of them, this is their monument.”

—Pierre Berton (from the Foreword)

Like many men of the nineteenth century, Joseph Francis Ladue (1854-1901) sought to rise from humble origins to a position of wealth—by way of the mother lode. This is the story of one man’s ambitions, failures, trials, and triumphs. His quest took him to the dusty, rowdy boom-towns of Deadwood and Tombstone and the unexplored territory of Canada’s Yukon. There, for fifteen years he worked side by side with like Jack McQuesten, Arthur Harper, and Al Mayo as prospector, trader, miner, and promoter of the Yukon Valley. When gold was discovered in the Klondike, Ladue was there. He founded Dawson City, one of the most important commercial centers during the heady days of the Klondike Gold Rush. Tenacious, generous, self-effacing, Joe Ladue typified the kind of pioneer who wanted his fellows to succeed, too. In 1897, Leslies Weekly Magazine dubbed Ladue “The Original King of the Klondike.” He is that and more.

Distributed for Firday 501 Media Inc. by the University of Alaska Press.

Ed and Star Jones live in Dawson City and Sante Fe, New Mexico. For forty years they have retraced Ladue’s steps in Canada and the United States.