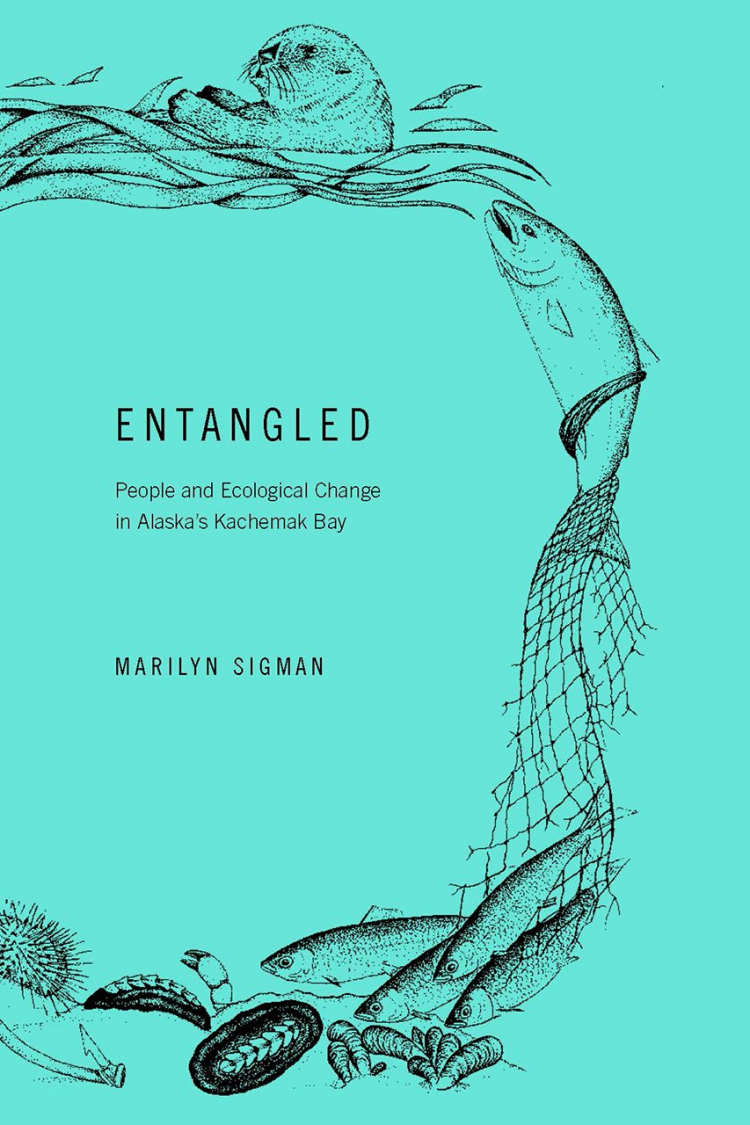 Chronicling her quest for wildness and home in Alaska, naturalist Marilyn Sigman writes lyrically about the history of natural abundance and human notions of wealth—from seals to shellfish to sea otters to herring, halibut, and salmon—in Alaska’s iconic Kachemak Bay.

Kachemak Bay is a place where people and the living resources they depend on have ebbed and flowed for thousands of years. The forces of the earth are dynamic here: they can change in an instant, shaking the ground beneath your feet or overturning kayaks in a rushing wave. Glaciers have advanced and receded over centuries. The climate, like the ocean, has shifted from warmer to colder and back again in a matter of decades. The ocean food web has been shuffled from bottom to top again and again.

In Entangled, Sigman contemplates the patterns of people staying and leaving, of settlement and displacement, nesting her own journey to Kachemak Bay within diasporas of her Jewish ancestors and of ancient peoples from Asia to the southern coast of Alaska. Along the way she weaves in scientific facts about the region as well as the stories told by Alaska’s indigenous peoples. It is a rhapsodic introduction to this stunning region and a siren call to protect the land’s natural resources in the face of a warming, changing world.

Marilyn Sigman is a specialist in marine education and wildlife management who taught and served as a naturalist guide for more than a decade in Kachemak Bay. The Last Stand of the Pack