The Archaeology of Northernmost Eurasia 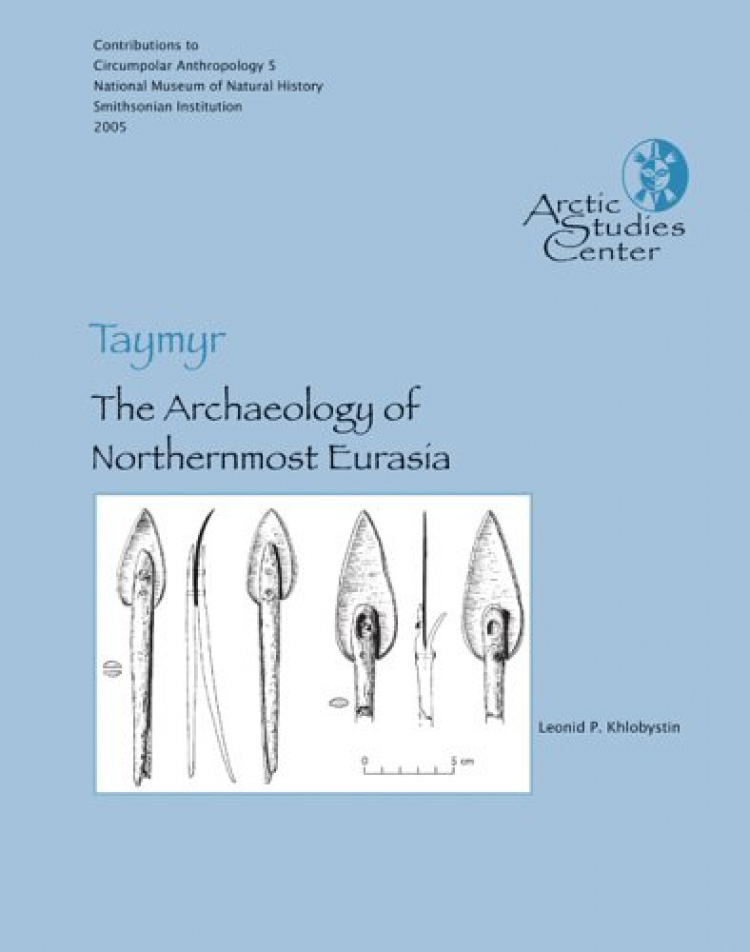 Published by the Arctic Studies Center, Smithsonian Institution, and distributed by the University of Alaska Press.

This landmark volume is the only work available in English to examine the rich prehistory of the Taymyr Peninsula, the northernmost portion of Siberia at 78 degrees north latitude. Extending into the Arctic Ocean and covered by tundra, Taymyr has been home to humans for at least 6000 years. Russian archaeologist Leonid P. Khlobystin worked in Taymyr for two decades; in this volume, he explores site structure, lithic technology, and ceramic style, developing the first cultural chronology of the region and outlining how humans adapted to this challenging environment. Major chapters are devoted to the Bronze and Iron ages and include detailed discussions of the origins of metallurgy and early forms of bronze and iron artifacts.

Khlobystin addresses issues of perennial interest to scholars of the North, including the early peopling of the Russian High Arctic, the effects of Holocene environmental changes, and the ethnogenesis of modern Native Siberians. This volume greatly expands our knowledge of ancient human adaptations in the North and makes a little-known portion of Siberia accessible to an English-speaking audience of archaeologists, anthropologists, and cultural geographers.