The Life of Louis de Bougainville 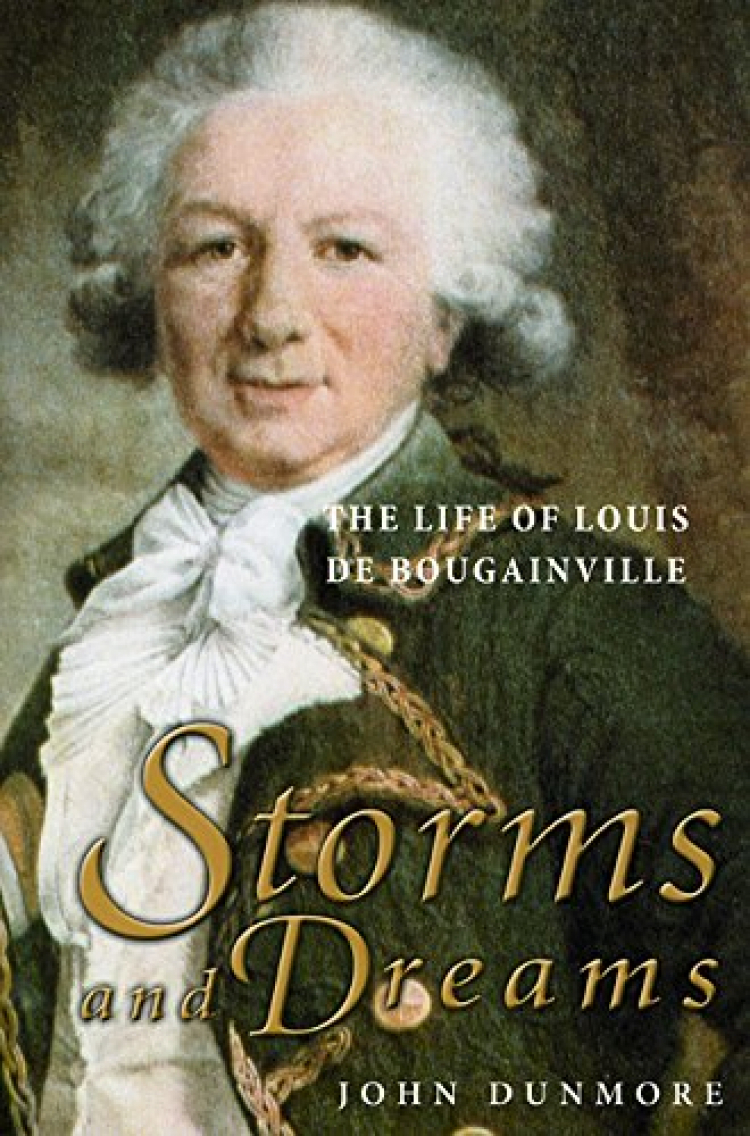 "Here is everything you want to know about a significant figure of the 18th century. . . . For the full story, and a picture of life in a fascinating period of world history, try Storms and Dreams."
—Manawatu Standard

Witty, charming, and fiercely intelligent, Louis-Antoine Comte de Bougainville (1729-1811) managed, in the course of a long life, to play a part in nearly every facet of eighteenth-century life and culture. Storms and Dreams is a lively, authoritative recounting of Bougainville's adventures and achievements, which ranged from seamanship and soldiering to mathematics and navigation. Dunmore follows Bougainville from the French and Indian War, during which he commanded a unit in the defense of Quebec City, to his circumnavigation of the globe in 1766. During that trip, he became one of the first Westerners to visit Tahiti; on his return, he published a book about the island that contributed greatly to Tahiti's lasting reputation as a paradise of noble savages. In his last years, Bougainville served in the senate under Napoleon and was made a member of the Legion of Honor.

The first biography of Bougainville in English, Storms and Dreams opens a window to a remarkable eighteenth-century life and to the greater world of the Enlightenment.

John Dunmore is professor emeritus of French at Massey University, New Zealand and has written more than twenty books on French navigation in the Pacific.