by Georg Steller and Margritt Engel 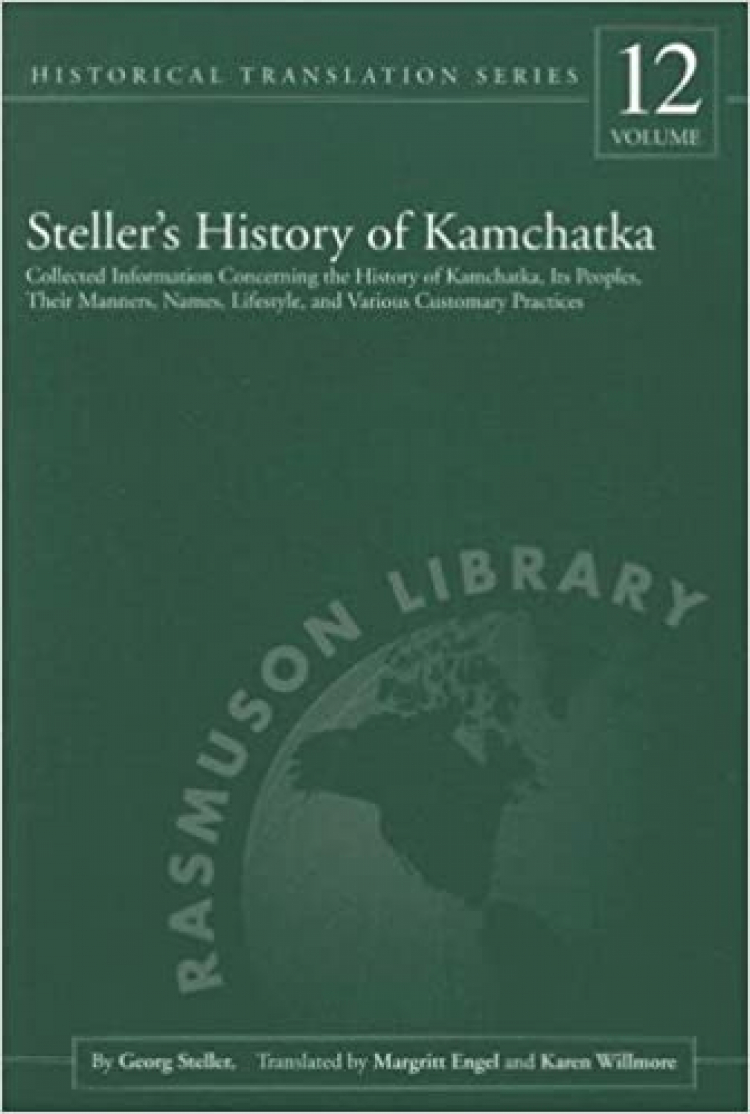 Everything was of interest to Georg Wilhelm Steller, who the Russian Academy of Sciences appointed as naturalist to Vitus Bering's second Kamchatka expedition. Steller arrived in Kamchatka in 1740, sailed with Bering to discover Alaska in 1741, and composed his handwritten manuscript on Kamchatka in 1743 and 1744. That manuscript was finally published in German thirty years after his death, and this first-ever English translation of that German edition is most valuable for its descriptions of the natural and human worlds that Steller found in the mid-eighteenth century.

Steller's extensive natural history includes special contributions to the study of fish, in which he described over thirty new species and two new genera, and to ornithology, which also includes the first descriptions of numerous species. His careful observations of Kamchatka's Native peoples add to the small and invaluable collection of ethnographic and linguistic descriptions made during the initial acculturation process and the growth of a new economy based on the fur trade, which changed their lives forever. Steller's observations of the economy of Kamchatka and the role of the Cossacks is refreshingly frank. He was the first scientist to suggest, based on direct observation, similarities between the ethnography and natural history of the Russian Far East and that of the newly discovered Alaska.

Steller's breadth and depth in recording the natural and human world of eighteenth-century Alaska make this new translation an important reference for readers interested in all aspects of North Pacific and Russian American history.