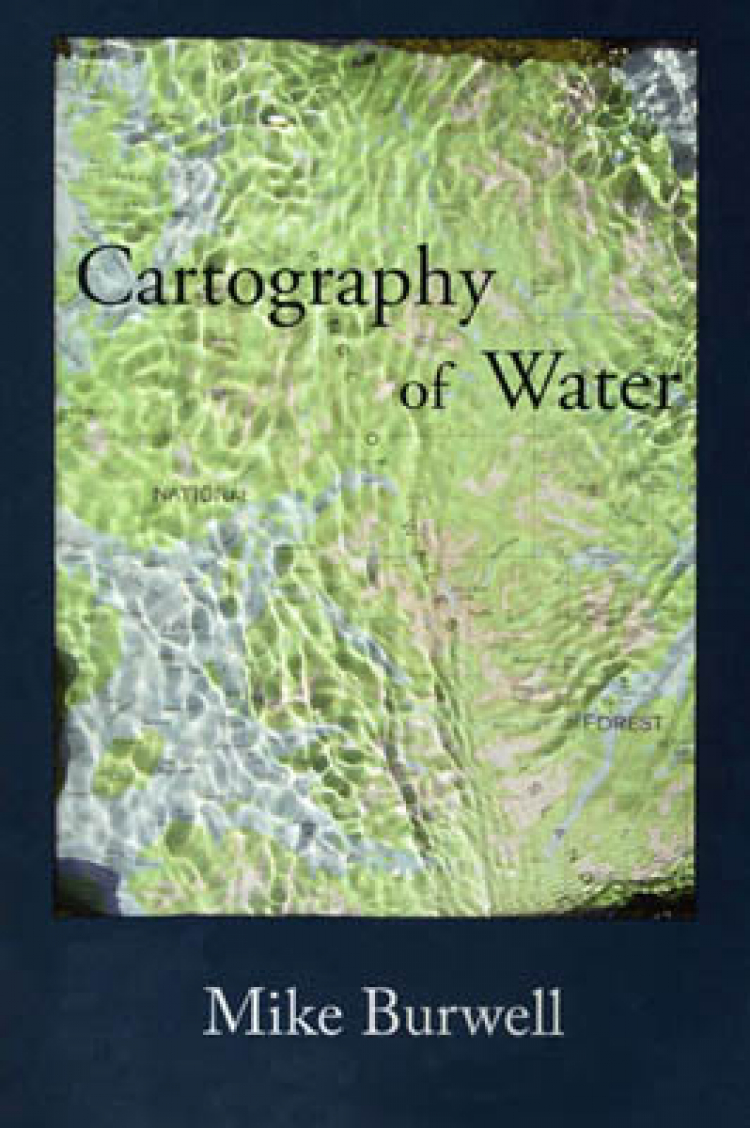 "From the opening poem of this fine collection, where the speaker announces himself coconspirator to the sexy moon that “runs” him, to the final poem’s “still life of leaf and cone, poised in death,” these lyrical meditations repeatedly position themselves vis-à-vis a spectacular, uncontainable, and humbling landscape. The author knows when to listen, how to filter winds and currents, seasons and storms, as his words “fall off the headlands.” This is not “nature poetry,” whatever that is, but a stunning prayer, sensual and secular, to the earth that the poet adores. He wisely fears that earth a little, too, since it claims us all comment or care. I’ve been an admirer of Mike Burwell’s work since I published him in Poems and Plays a dozen years ago, and Cartography of Water is long, long overdue. As this talented poet moves your hands across the “cool waist of the planet,” breathe deeply that dizzying Alaskan heaven, and enjoy."
—Gaylord Brewer

"Here, in Cartography of Water, the quietude of the untamed, wilder world is kept company by the wilderness of one man's longing and loud ache. Wolves appear, and bears, and the rusty remnants of old miners' dreams. Also a suffering son, born into his father's world on the back of a meteor shower. Against the beauty and terror of life, the poet holds to words which manage, in turn, to capture and hold up for us some remnant of the brief joys of his world, actual and imagined."
—Anne Caston

"Mike Burwell’s poems remind me of movement of a glacial river, powerful and true. This is the work of a mature poet, one who is sure of his craft and his place in the world. Cartography of Water is a most welcome addition to Alaskan literature."
—Tom Sexton

Mike Burwell’s poetry is hauntingly evocative. The love of the natural world and that of Alaska is clearly evident as he navigates his reader on a steady current of powerful images. Burwell’s poems focus on nature, but he is not a nature writer. He is a lover of his world and his poetry reflects this deep connection. Each poem is a thoughtful mapping of the world around him.

Distributed for NorthShore Press by the University of Alaska Press

Mike Burwell has poems published in Abiko Quarterly, Alaska Quarterly Review, Pacific Review, Poems & Plays, and Utah Wilderness Review. The poems in Cartography of Water come from his time in the mountains and on the waters of the West and Alaska.