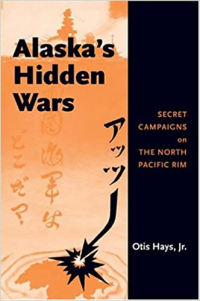 OTIS HAYS, JR. served in Alaska as an intelligence staff officer during World War II. Later, while a professor of journalism at the University of Tulsa, Oklahoma, he was recalled to active military service in 1951 and served as psychological warfare officer in the Far East and the Pentagon until 1965. He was Director of Indo-China Affairs for the U.S. Information Agency during the Vietnam War from 1966 through 1972. Mr. Hays is the author of Home from Siberia: The Secret Odysseys of Interned American Airmen in World War II and The Alaska-Siberia Connection: The World War II Air Route.