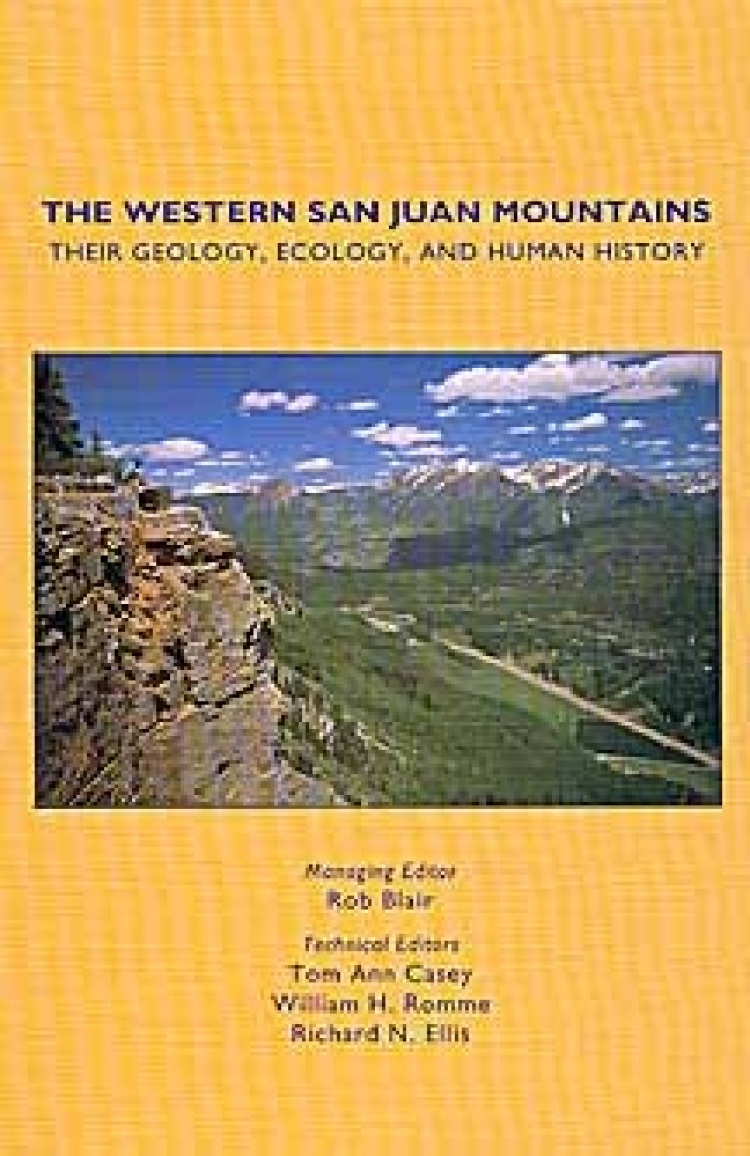 The San Juan Skyway winds its way up, over, and through canyons, mesas, plateaus, mountains, plains, and valleys. The sheer variety of landforms makes the Skyway a veritable classroom for the amateur naturalist and historian.

The most complete work published on the natural history of southwest Colorado's majestic mountain system, The Western San Juan Mountains: Their Geology, Ecology, and Human History is designed to be used while exploring the scenic 235-mile paved San Juan Skyway, which passes through Durango, Silverton, Ouray, Telluride, Dolores, and Cortez.

The Western San Juan Mountains covers the physical environment, the biological communities, the human history, and points of interest represented on milepost signs along the highway. Some of the many topics covered include: how the San Juan Mountains were formed; why the landscape is so rugged and picturesque; why the vegetation changes from the lowlands to the alpine heights; energy and mineral resources of the area; why these mountains intrigued early explorers; factors that influence the unpredictable weather; and the first-known inhabitants.

The contributions to this guide include Fort Lewis College geologists, biologists, archaeologists, historians, and other specialists. Together they have amassed more than one hundred years of study based not only on previous work but on their own research.

This generously illustrated guidebook is aimed at all those who wish to understand this intricate mountain system in much greater detail than provided by most picture books.