by Louis A. Garavaglia and Charles G. Worman 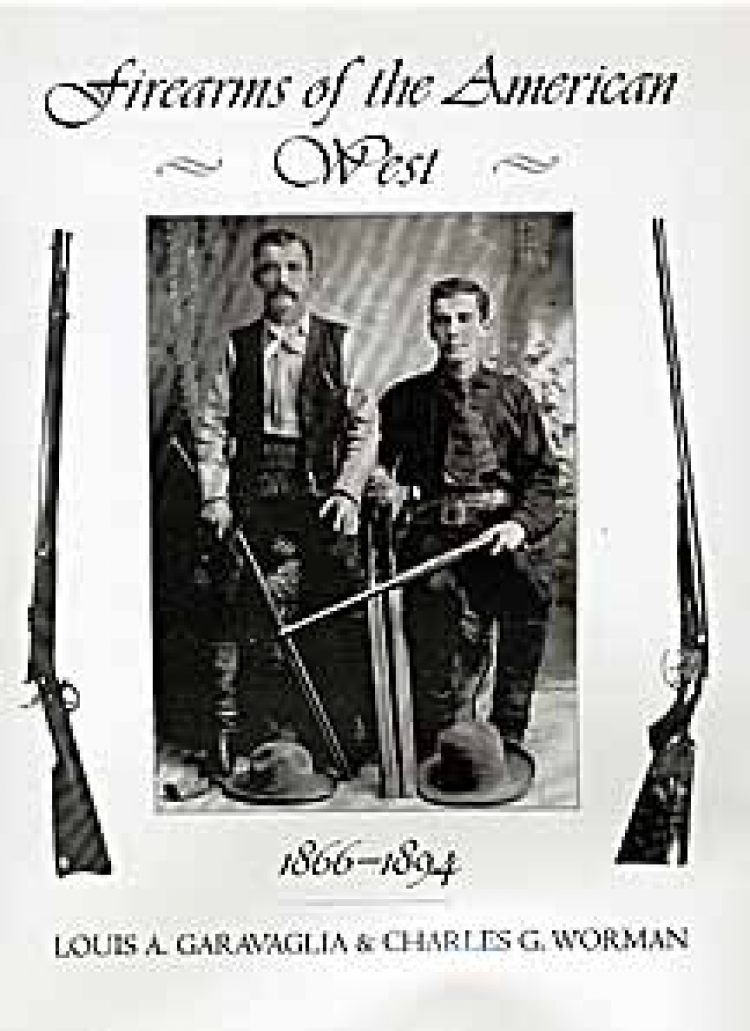 Hardcover Price $75.00
Buy Now
"Without question the best book ever published on the [subject] . . . clear, precise, and easy to read . . . a masterpiece of simplicity and thoroughness, [and] a book for experts and novices alike."

"For those with a fascination for firearms, this may represent the ultimate book on the American West."

"[A] smashing success. . . . A visual feast of the American West, done with meticulous scholarship, and will be the best work on the subject for many years."

Between 1865 and 1900 the American frontier changed radically. Prior to the building of the transcontinental railroad, the area between the Missouri River and the West coast was largely uninhabited by settlers, but as this vast area became accessible to them, and as they pushed westward, the problems of violence on the frontier increased. Bears, wolves, and Indians no longer posed the greatest threat to pioneers; white clashed with white, the lawful with the lawless. And, of course, firearms played a major role in this drama.

This is the second volume of a two-part study of firearms in the nineteenth-century American West. It traces the development of the firearm from the close of the Civil War to the beginning of its modern era, marked in 1894 by the initial army issues of a new high-velocity bolt-action rifle designed for smokeless-powder cartridges. The Winchester Model 1894, a civilian arm adapted for smokeless-powder ammunition, also appeared at that time. The authors discuss all the important military and civilian firearms used in the settling of the West in this period, as well as the guns favored by Indians. As in the first volume, this study is encyclopedic in its detail on rifles, shotguns, and handguns and again draws on advertisements from newspapers, catalogs, and other primary sources. Over 500 photographs illustrate the weapons and the famous and now-forgotten men and women who used them.

This lively and thoroughly researched book examines guns as a integral part of the frontier experience in a society where peace officers and judges were few. As one Texas ranch foreman observed, "The fear of the law is not half so great as the fear of a bullet . . ."

After graduating from Western Michigan University, Louis A. Garavaglia served as an army lieutenant with a Long Range Reconnaissance Patrol (LRRP) unit in Vietnam. Later he became an Assistant Technical Editor for The American Rifleman. He is now a mechanical designer in Melbourne, Florida, and on occasion still works as a freelance writer.

Charles G. Worman is Fellow and Life Member of the Company of Military Historians and currently is the Curator at the U.S. Air Force Museum at Wright-Patterson Air Force Base in Ohio.