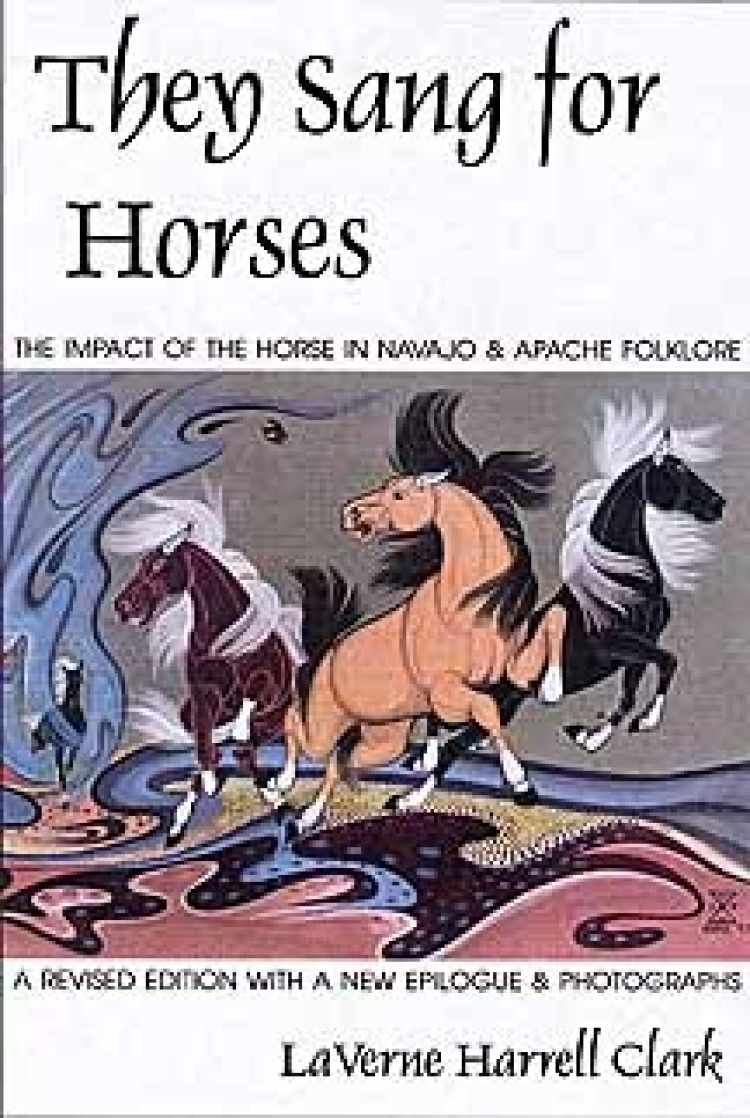 Co-winner of the 1967 University of Chicago Folklore Award

"A work of combined scholarship and art which should be kept in print and read for as long as books endure."
—South American Literature

No Native American groups placed more emphasis on the horse in their lives than did the Navajo and Apache of the Southwest. They Sang for Horses, first published in 1966 and now considered a classic, remains the only comprehensive treatment of the profound mystical influence that the horse has exerted for more than 300 years.

In this completely redesigned and expanded edition, LaVerne Harrell Clark examines how storytellers, singers, medicine men, and painters created the animal's evolving symbolic significance by adapting existing folklore and cultural symbols. Exploring the horse's importance in ceremonies, songs, prayers, customs, and beliefs, she investigates the period of the horse's most pronounced cultural impact on the Navajo and the Apache, starting from the time of its acquisition from the Spanish in the seventeenth century and continuing to the mid-1960s, when the pickup truck began to replace it as the favored means of transportation. In addition, she presents a look at how Navajos and Apaches today continue to redefine the horse's important role in their spiritual as well as material lives.

This classic work is a must for historians, readers interested in Native American folklore and mythology, and anyone who has ever been captivated by the magic and romance of the horse.

LaVerne Harrell Clark is a writer, photographer, and lecturer of Southwestern folklore and mythology, and was the founding director of the University of Arizona Poetry Center. She is the author of six books, including The Face of Poetry and Revisiting the Plains Indian Country of Mari Sandoz.