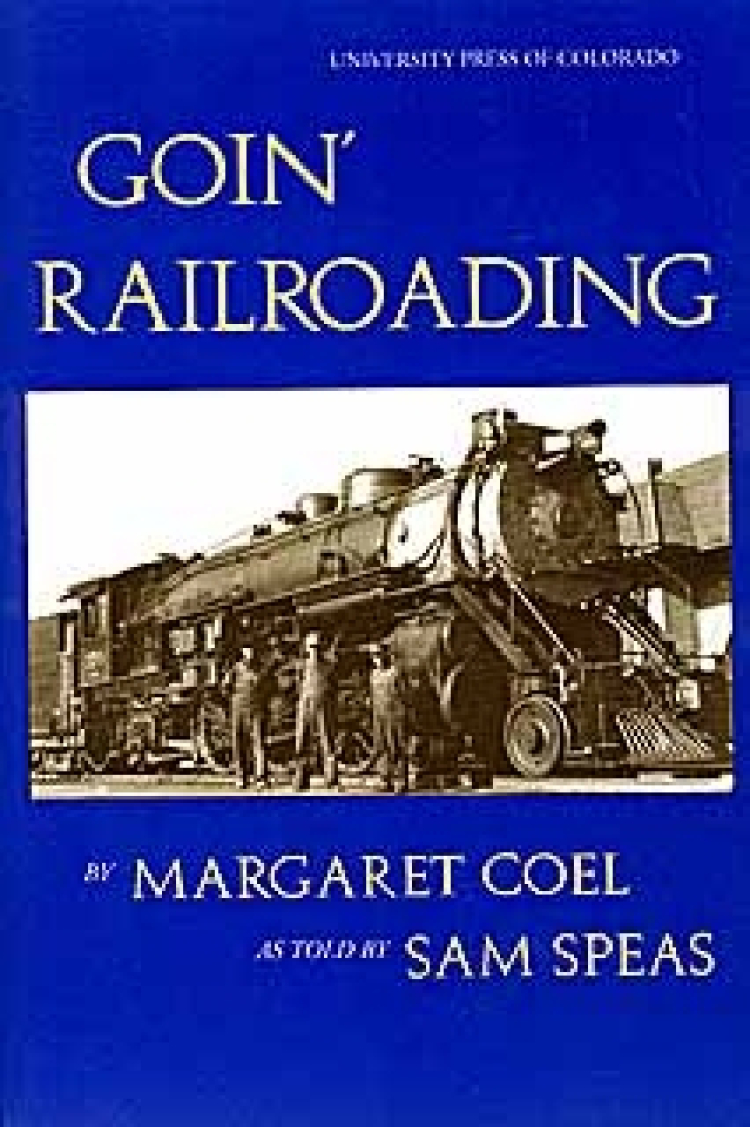 Paperback Price $22.95
Buy Now
"[D]etails both the personal side of railroading—the adventure, danger, pride, hours away from family, and wrecks—and the larger place of the railroad in America's past. . . . [Speas's] tales come alive . . . let[ting] the romance of the rails slowly charm the reader."

"This rare first-person account is as exciting a book of railroading as you'll ever read . . . technical enough for the buffs, but filled with entertaining stories to please general readers."

"Of a hundred books on railroading the Rockies, Margaret Coel's is one of the finest. Using stories of her father, a fireman, engineer, and rail union official, she captures not only the romance but also the reality of railroading—the long and unpredictable hours, the danger, the importance of unions, and the strain on family life. Her seductive style, fine research, and multi-dimensional focus on a railroading clan make this book a smooth ride into the sooty past."

"This is state and local history at its best. Readers will know Colorado railroading when they finish this fast-moving, interesting, and easy to read account."

As America, carried along by the expanding rail system, moved westward in the nineteenth century, few occupations seemed more exciting or romantic than that of railroad engineer. And in the mountains and plains of the West, long hours, backbreaking labor, bitter temperatures, and faulty brakes were the crucible in which the best of the early railroaders were formed: only the most dedicated and skilled men passed the tests the narrow-gauge lines of Colorado meted out.

Goin' Railroading is the story of two generations of such men, four members of the Speas family who, from the open cabs of narrow-gauge steam engines, watched Colorado grow.

Sam Speas tells the story of his father, Sam Speas, Sr., who left Missouri in 1883 to become an engineer in Colorado, and recounts his own experiences and those of his brothers and fellow railroaders on the Colorado and Southern Railway, from the golden era of the narrow-gauge lines in South Park to the final days of steam power on the Front Range and the coming of the diesel engine.

His stories are a profound document of a vanished way of life, a testament to the courage and tenacity of the early citizens of Colorado, and a tribute to the rough-hewn, often gallant men who took the trains through incredible, almost unbelievable, hazards. Funny, tragic, bittersweet, and poignant, Goin' Railroading is a remarkable book that brings a portion of the history and people of an earlier Colorado to vibrant life.

Margaret Coel is the author of four nonfiction books and many articles on the people and placed of the American West. Her work has won national and regional awards. A native of Colorado, she resides in Boulder.