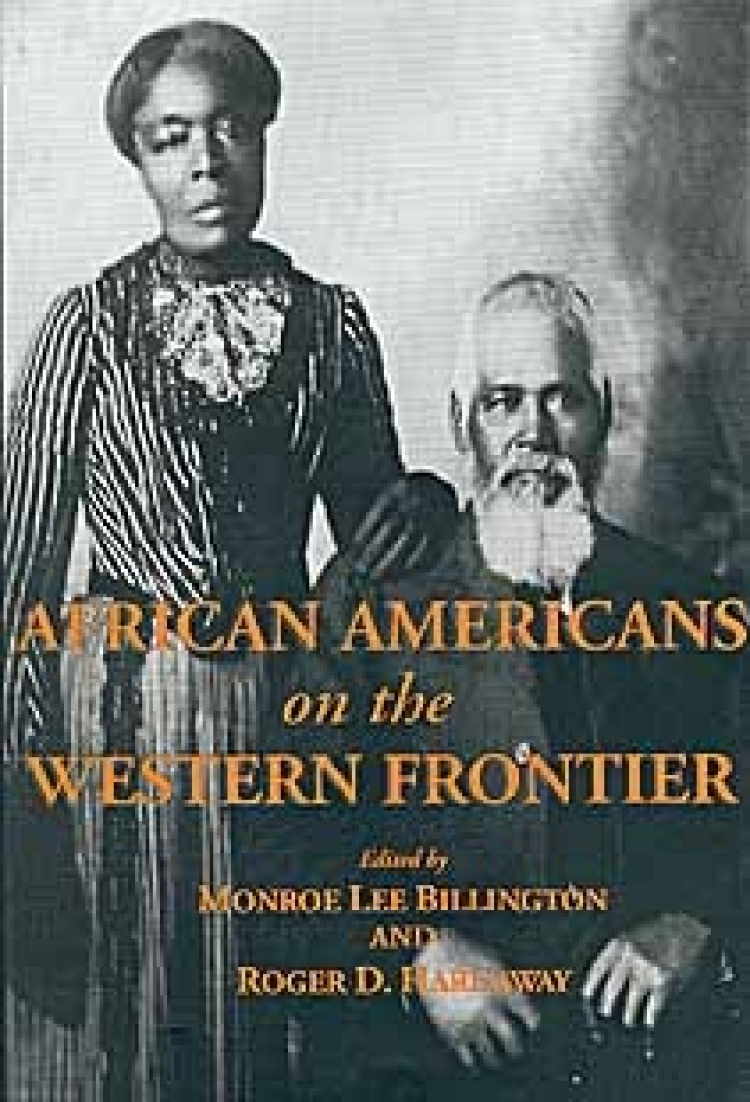 During the last half of the nineteenth century, several thousand African Americans moved to the American western frontier. Before the Civil War, some went west to California as slaves of gold miners and to Utah as slaves of Mormons. Later, free black men joined the U.S. Army and served in frontier outposts while others were hired on as cowboys on western ranches and cattle trails. Once Reconstruction ended in the South, discrimination and segregation caused more African Americans to seek better opportunities elsewhere where prejudice was less evident.

The significant role played by African Americans in the settlement and development of the West has largely been ignored and neglected until now. African Americans on the Western Frontier remedies that historic neglect with fifteen essays that explore the contributions that African American men and women made to the western frontier—as miners, homesteaders, town builders, entrepreneurs, and as ordinary, civic-minded citizens. This rich and diverse story of the African American western experience during the frontier era is for scholars and students of western history as well as anyone interested in African American history, and is an important work for all Americans to read.

Monroe Lee Billington is professor emeritus at New Mexico State University. He is the author of several books including New Mexico's Buffalo Soldiers, 1866-1900.