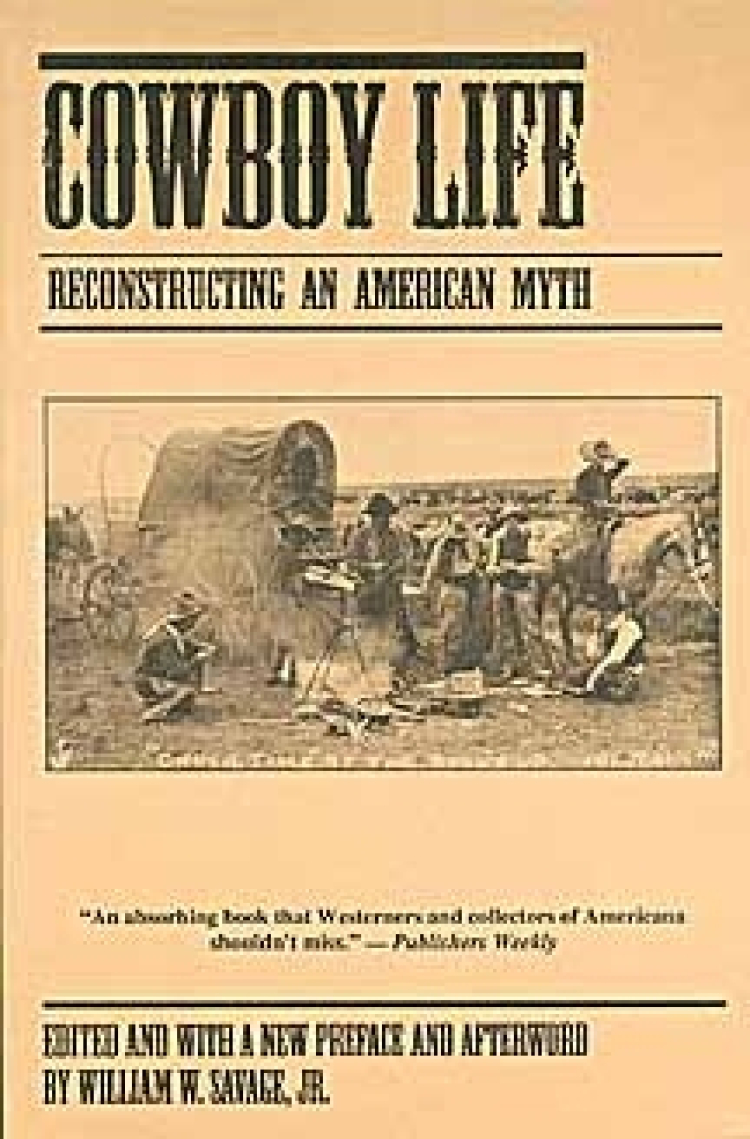 First published in 1975 and now in paperback, Cowboy Life continues to be a landmark study on the historical and legendary dimensions of the cowboy.

The central figure in American mythology, the cowboy can be seen everywhere: in films, novels, advertisements, TV, sports, and music. Though his image holds little resemblance to the historical cowboy, it is important because it represents many qualities with which Americans identify, including bravery, honor, chivalry, and individualism.

Accounts by Joseph G. McCoy, Richard Irving Dodge, Charles A. Siringo, and many others detail the daily trials and tribulations of cowboy life on the southern Great Plains-particularly Texas, Indian Territory, and Kansas-from the 1860s to around 1900. And in a new Afterword, editor William W. Savage, Jr. discusses the directions the cowboy myth has taken in the past two decades, as well as the impact the "new Western history" and films such as Lonesome Dove have had on popular culture.

This edition includes a new preface and afterword by the author.

William W. Savage, Jr. is professor of history at the University of Oklahoma and the author and editor of numerous books, articles, and book chapters on the American West.