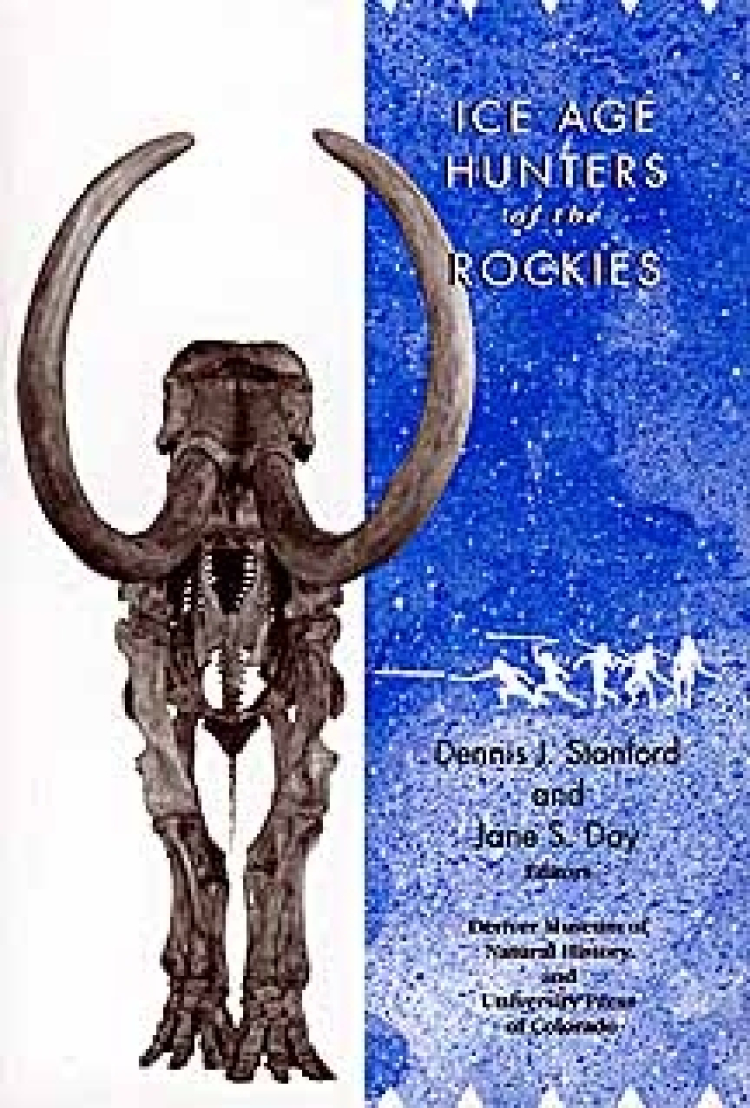 Published with the Denver Museum of Natural History

"[Ice Age Hunters of the Rockies] contribute[s] substantially to understanding the colonization of the New World. What is more, by looking at Paleoindian assemblages in new ways and with better methodologies, by documenting variation among stone-tool assemblages, and by developing ways to scrutinize dates and stratigraphy, the Paleoindian archaeology described [here] will benefit all archaeology."
—American Anthropologist

"The level of scholarship is uniformly high throughout. . . . The studies in this book demonstrate that researchers of the Paleoindian period, particularly of Folsom, are conducting painstaking field research and finding innovative ways to analyze their material."
—North American Archaeologist

The ice age hunters of the Rocky Mountains were some of North America's earliest inhabitants. Although many scholars had long suspected that humans entered the Americas at an early date, no concrete proof existed until the find at Folsom, New Mexico, in 1926. There, J.D. Figgens of the Denver Museum of Natural History excavated fossil bison bones in direct association with human-made fluted stone points, demonstrating for the first time that humans and the ice age bison were contemporaries in the American Southwest. In the years following the Folson discovery, new sites came to light that further confirmed the presence of late Pleistocene hunters in North America.

The 65 years after the initial discoveries of ice age hunters in America saw a rapidly enlarged database and the development of increasingly sophisticated data analytical techniques that reinterpreted the archaeological record.

Ice Age Hunters of the Rockies explores the many questions that still surround the Pleistocene cultures of 12,000 years ago and the adaptations of these early civilizations to the last great ice age. In this important volume, a diverse group of top scholars discuss issues such as the time of arrival of the first Americans, adaptation to various environments, and the use by early people of high-altitude sites.

Jane S. Day is a curator ermerita and was a specialist in Mesoamerican archaeology at the Denver Museum of Nature & Science.

Dennis J. Stanford is curator of North and South American Paleolithic, Asian Paleolithic, and Western United States archaeological collections; director of the Paleoindian/Paleoecology Program; and head of the archaeology division at the Smithsonian National Museum of Natural History. A Prehistory of South America A Folsom Winter Camp in the Rockies