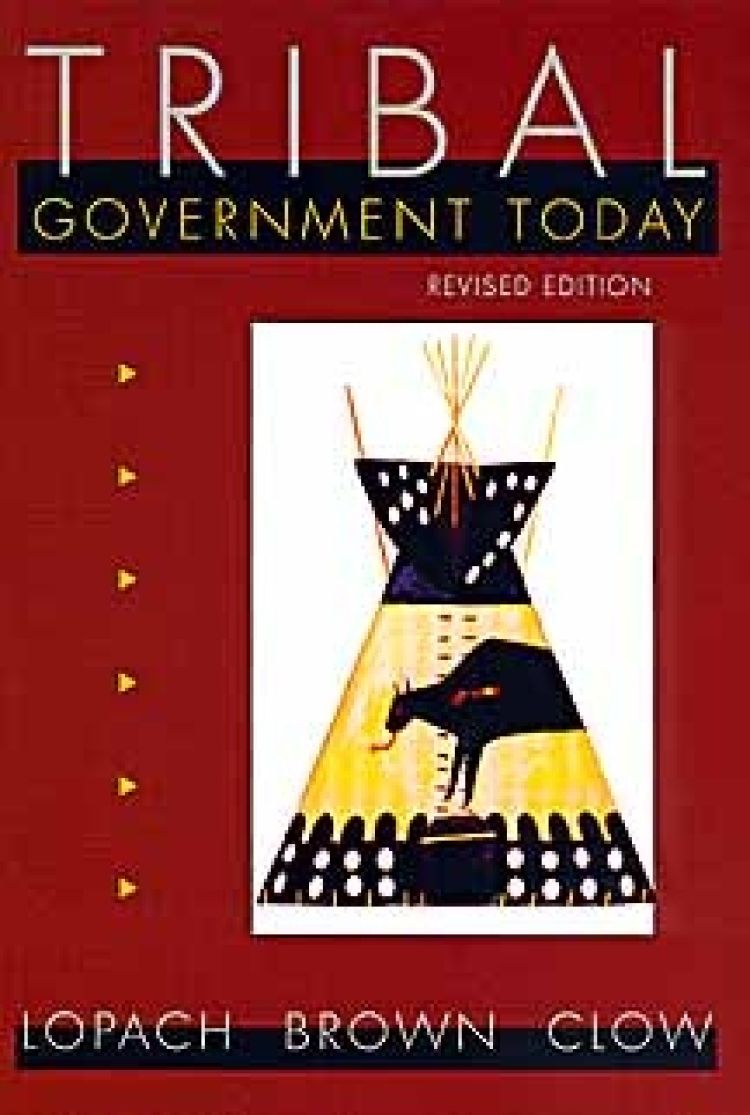 Hardcover Price $46.95
Buy Now
"Tribal Government Today's regional case studies give insights into the historical and cultural roots of tribal behavior and lay a foundation for future research in Indian politics. As Indian tribes struggle to establish the basic foundations for self-rule, they are faced with the same issues that have vexed political theorists since the ancient Greeks—how to structure a government of free people that works."

An account of Fourth World peoples within a First World nation, Tribal Government Today, Revised Edition is a critical analysis of the contemporary progress of Indian tribes toward self-government and economic sufficiency. Focusing on seven reservations in Montana representing the diverse opportunities and problems facing Indian tribes in the West, this book approaches tribal government from the twin perspectives of reservation politics and the legal context within which reservation conflicts must be solved.

Unlike previous studies of Indian politics, Tribal Government Today is neither a critique of American Indian policy over the years nor an analysis of federal, state, and tribal jurisdictional ambiguities. The authors—a political scientist, a lawyer, and a historian—focus instead on the distinctive political culture that has evolved on each reservation in terms of the reservation settings, governmental structures and procedures, and a particular brand of politics. The critical inquiry is how far the reservations are from genuine self-determination and whether that goal is impossibility for some. The authors conclude with suggestions for reforming tribal government within three main areas: the separation of powers, the role of the Bureau of Indian Affairs, and tribal acceptance of the concept of fundamental law.

James J. Lopach is a professor in the Department of Political Science at the University of Montana.

The late Margery Hunter Brown was a professor emeritus in the School of Law at the University of Montana.

Richmond L. Clow is a  historian and professor of Native American Studies at the University of Montana and is the co-author of Tribal Government Today: Politics on Montana Indian Reservations and Trusteeship in Change.