by Margaret Murie and Olaus Murie 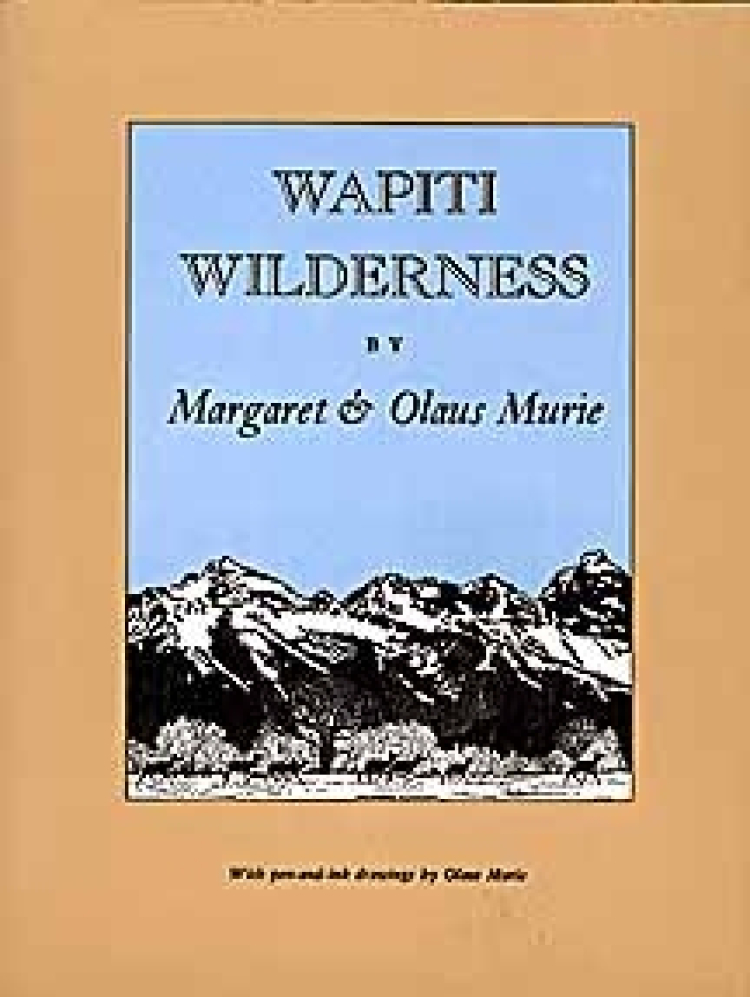 For over 37 years, Margaret and Olaus Murie made their home in the mountainous wilderness of the Tetons, where Olaus Murie conducted his famous studies of the American elk, the wapiti. Through these years their home was almost a nature-conservation shrine to thousands of Americans interested in the out-of-doors, in animals, and in nature in general. Wapiti Wilderness, begun by Mrs. Murie as a sequel to her book Two in the Far North, which told of the Muries' life and expeditions in Alaska, became collaborative effort by both the Muries.

In alternate chapters, Olaus tells of his work as a field biologist for the old U.S. Bureau of Biological Survey and recounts stories of his studies—not only of the elk, but of the other great animals of the West. And Mrs. Murie, from her side, describes their life together, on the trail, in the various camps, and nature adventures in that wilderness during all four seasons. The book is replete with stories of Jackson Hole residents, of "pioneer poets," and of the wild creatures that made their way into the Murie household. Olaus Murie's evocative pen-and-ink drawings illuminate each chapter, and four pages of photographs help complete the picture of what life was like in the wapiti wilderness.

Margaret Murie was a naturalist and conservationist. In 1956, she began a campaign with her husband, Olaus Murie, to protect what is now the Arctic National Wildlife Refuge. She was awarded the the Audubon Medal, the John Muir Award, the Robert Marshall Conservation Award, and the J.N. "Ding" Darling Conservationist of the Year Award.

Olaus Murie, called the "father of modern elk management," was a naturalist and wildlife biologist. He was the first American Fulbright Scholar in New Zealand and served as president of the Wilderness Society. He was also a president of the Wildlife Society and a director of the Izaak Walton League. He received the Aldo Leopold Memorial Award Medal, the Pugsley Medal, the Audubon Medal, and the Sierra Club John Muir Award.