by Michael A. Amundson 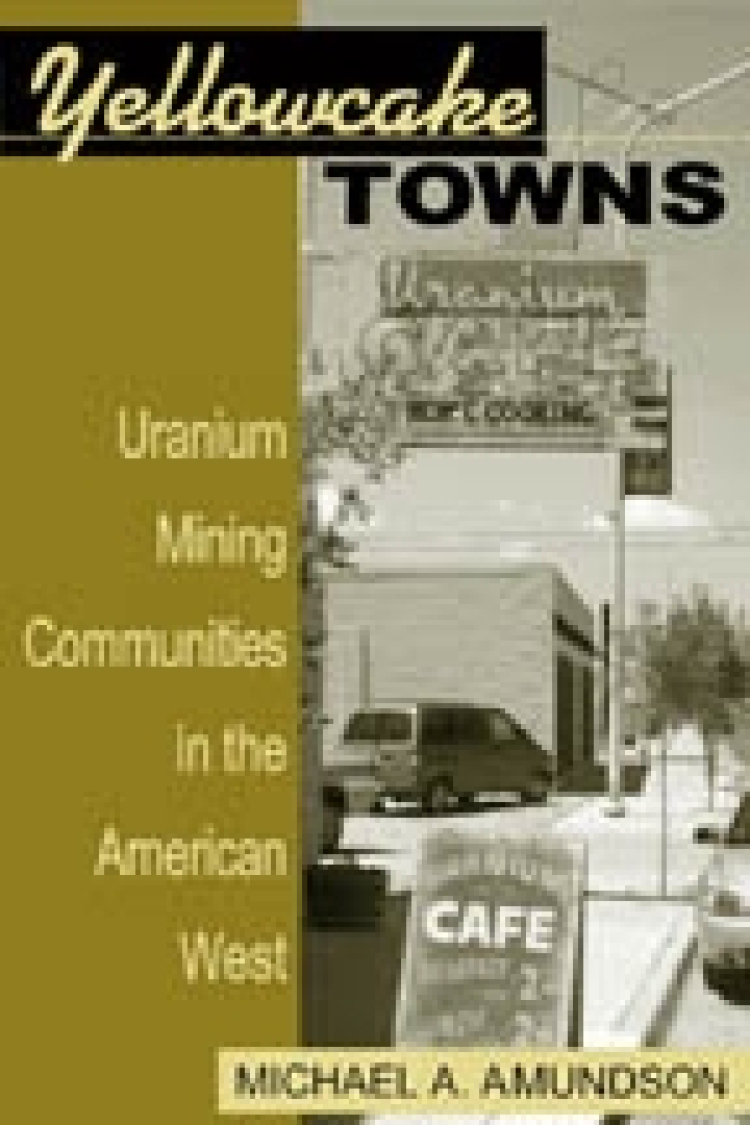 "[Yellowcake Towns] provides us with not only an in-depth picture of the fluctuations of the demands for uranium over the previous half century but also a personal look at the health and economic implications on people and communities who supported such ventures at the behest of the government."

Michael Amundson presents a detailed analysis of the four mining communities at the hub of the twentieth-century uranium booms: Moab, Utah; Grants, New Mexico; Uravan, Colorado; and Jeffrey City, Wyoming. He follows the ups and downs of these "Yellowcake Towns" from uranium's origins as the crucial element in atomic bombs and the 1950s boom to its use in nuclear power plants, the Three Mile Island accident, and the 1980s bust. Yellowcake Towns provides a look at the supply side of the Atomic Age and serves as an important contribution to the growing bibliography of atomic history.

Michael A. Amundson is a professor of history at Northern Arizona University, the author of Yellowcake Towns, Passage to Wonderland, and Wyoming Revisited, and the co-editor of Atomic Culture.