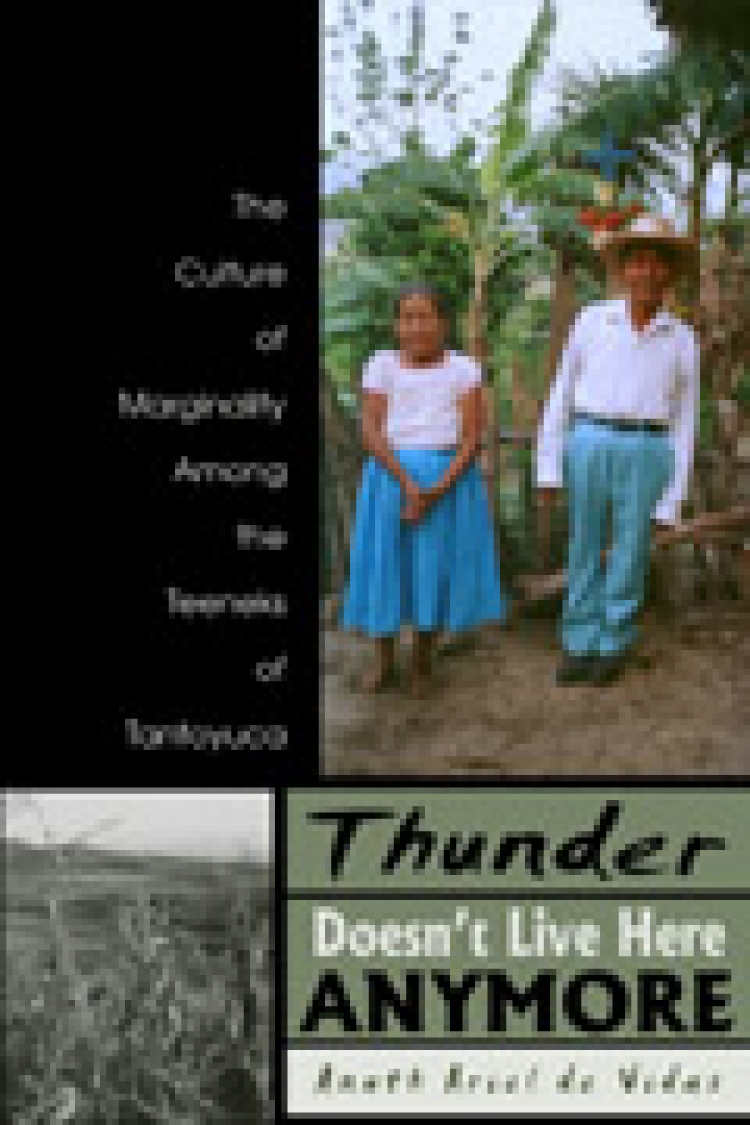 "Without exaggeration, one of the masterworks of current anthropology on Amerindian societies."
—Alain Breton, Université de Paris

"The ethnographic corpus in this study is very rich and diverse consisting of origin myths, tales (relatos), dances, healing practices, beliefs about sorcery, toponyms and sacred geography, and the practices and beliefs of local Teenek Catholicism. . . . [A] very rich and original ethnography of a culture of marginality."
—Journal of Latin American Studies, 38, 2006

"In this text, the reader will find a brilliant approach to key issues in the study of indigenous regions of contemporary Mexico—i.e. ethnic identity, cultural intermixing and acculturation in a context of marginality."
—Bulletin of Latin American Research, 24:3. 2005

"[de Vidas's] account is situated clearly too in the wider literature, including that of the Maya area. This is a very readable traditional ethnography . . ."
—Journal of the Royal Anthropological Institute

Now available in English, Thunder Doesn't Live Here Anymore explores the highly unusual worldview of the Teenek people of Tantoyuca, Veracruz, whose self-deprecating cosmology diverges quite radically from patterns of positive cultural identity among other indigenous groups in Mexico. The Teeneks speak of themselves as dirty, dumb, ignorant, and fearful, a vocabulary that serves to justify the Teeneks' condition of social and spatial marginality in relation to their mestizo neighbors.

However, as Anath Ariel de Vidas argues in this masterful ethnography, this self-denigration—added to the absence among the Teeneks of emblematic Indian features such as traditional costumes, agricultural rituals, specific ceremonies, or systems of religious cargos or offices—are not synonymous with collective anomie. Rather, as Ariel de Vidas demonstrates, their seeming ontological acceptance of a marginal social and economic condition is—in its own peculiar way—a language of indigenous resistance.

Anath Ariel de Vidas is a lecturer for the Sociology and Anthropology Department at the University of Haifa in Israel.

Teresa Lavender Fagan is a freelance translator and has published more than a dozen book-length translations, including Jean Bottero's The Oldest Cuisine in the World: Cooking in Mesopotamia.