A Time for Peace 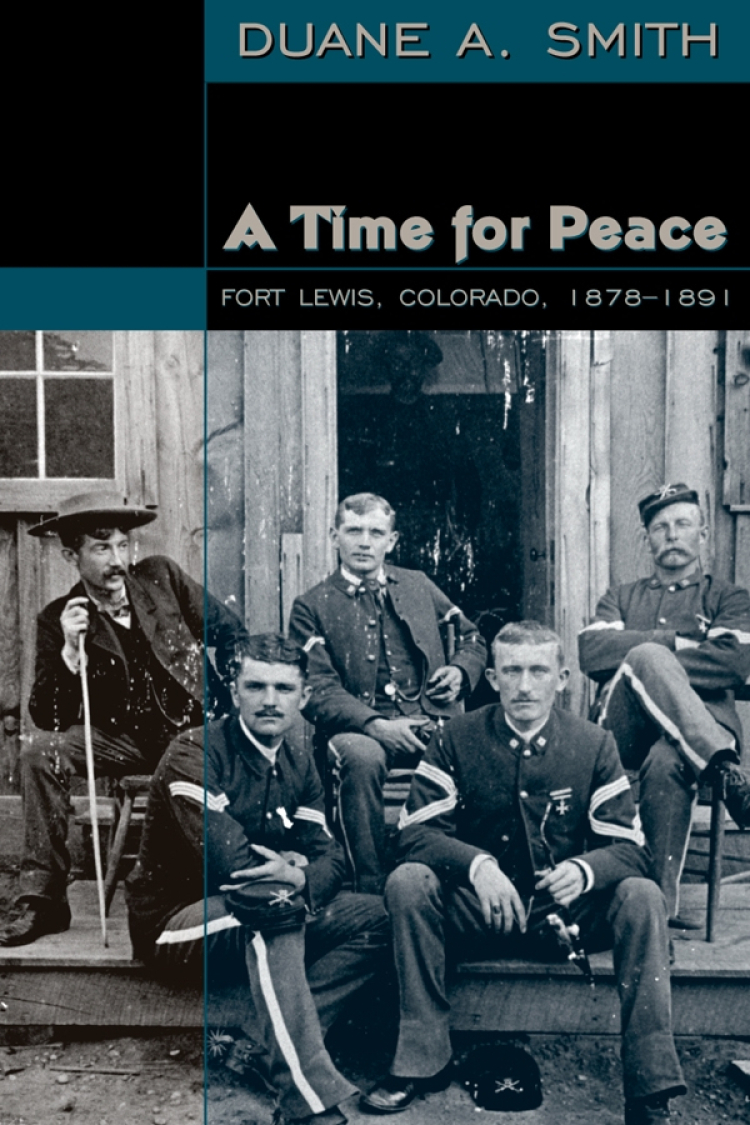 "Smith helps even the most casual reader come to understand the day to day work on a typical frontier fort, and by extension, the daily life of the soldier of the Frontier Army. . . . This well-written book also includes maps to help place the fort in a regional context and photographs that help breathe life back into the story of the old fort."
—William W. Swaltney, Western Historical Quarterly

"Smith. . . suggests that Fort Lewis's significance goes well beyond serving as the main military post in southwestern Colorado or becoming the federally run Indian boarding school that eventually grew into Fort Lewis College. Indeed, this history of an admittedly 'less glamorous, but typical, western post' touches on broader dynamics, such as Indian-white relations, racial divisions in the post-Reconstruction army, civilian-military animosity, and even local tourism. . . . A Time for Peace examines the class and ethnic backgrounds of the men who served at Fort Lewis and provides a solid sense of daily life at the post."
—Michael J. Lansing, Augsburg College; Military History of the West

"Buffs of military history will find that this new book presents much useful and interesting information about life at a small, frontier Army fort."
—Virginia Simmons, Valley Courier

"Smith has skillfully selected photographs rich in social history, and it is as social history that this work contributes to our understanding of the frontier army."
—Geoffrey R. Hunt, New Mexico Historical Review

“An enjoyable read and will add much to one's knowledge of the history in and around Fort Lewis during its short existence. It deserves a place on the shelves of all people interested in Western history, especially regarding the role of military forts in the settling of the West.”
—Roundup, Denver Posse of Westerners

A Time for Peace, historian Duane Smith's chronicle of southwest Colorado's Fort Lewis, belies the Western myth of soldiers riding out from isolated posts to rescue wagon trains and protect pioneer towns. Long on daily routine and blissfully short on action, Fort Lewis lost nary a soldier in battle. Nevertheless, it was influential in the settlement of the West.

Fort Lewis and its contemporaries provided an economic windfall, a sense of security, and a cultural hub for settlers. The presence of Fort Lewis in the four corners region of Colorado, New Mexico, Arizona, and Utah attracted farmers, businesspeople, and ranchers to settle the area. The fort's social season, band, and baseball team helped make this rugged outpost an agreeable destination.

The men who served at Fort Lewis, who made up a diverse cross-section of nineteenth-century America, served for little pay and poor food. With Smith's history, their contribution to the settlement of the West is recognized at last. Readers interested in Western and military history and in Colorado will enjoy this long-untold story.