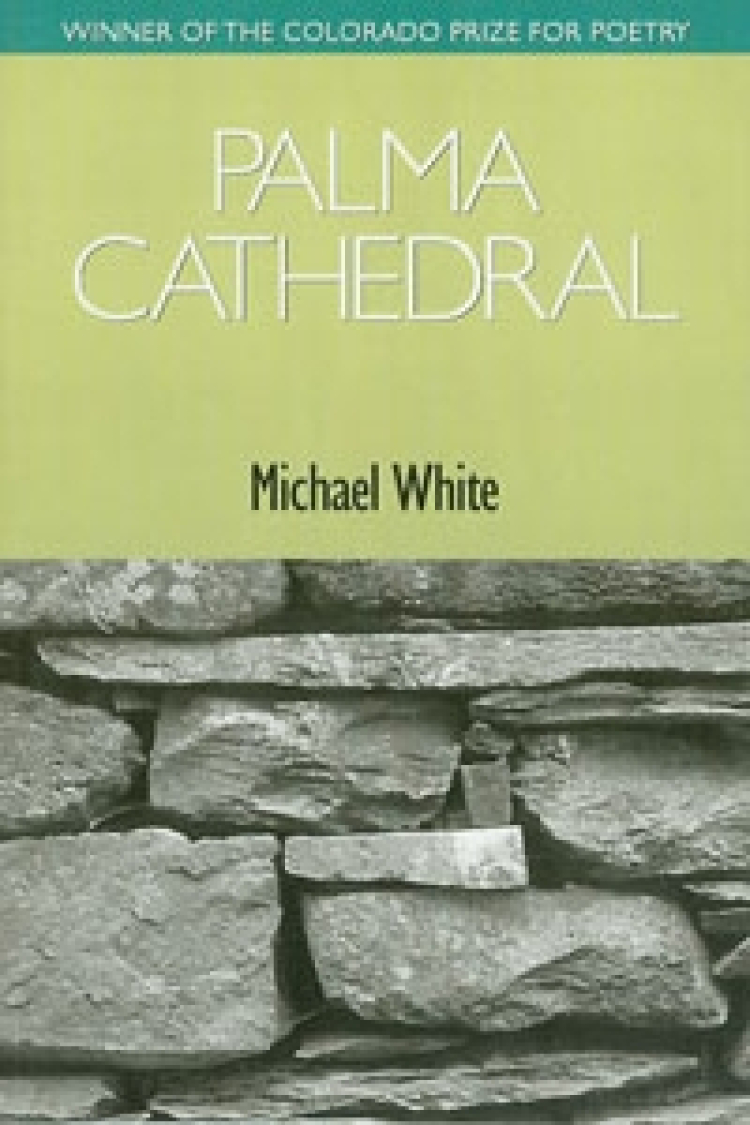 Winner of the 1998 Colorado Prize for Poetry

"There is a Wordsworthian grandeur about Michael White's poems, a rhetorical and emotional fullness that is breathtaking. His attention to the shifting complexity of the natural world, his precise diction, his finely tuned cadences carry with them an unusual power, an immense gravity. Reading him, one feels the irresistible pull of belief in the retrievals of poetry, in the drift of language into experiences, and in the imagination as the central and most persuasive means by which we say Yes to the world."
—Mark Strand, former Poet Laureate of the United States

"From White's minutely observed and lyrically rendered landscapes—where vine-snarl defines the upper world and algal afterglow the lower—to his reenvisioning of the Death of Turnus from the Aeneid, Palma Cathedral traces the journey of the imagination in the face of overwhelming loss."
—Lynne McMahon, author of Devolution of the Nude