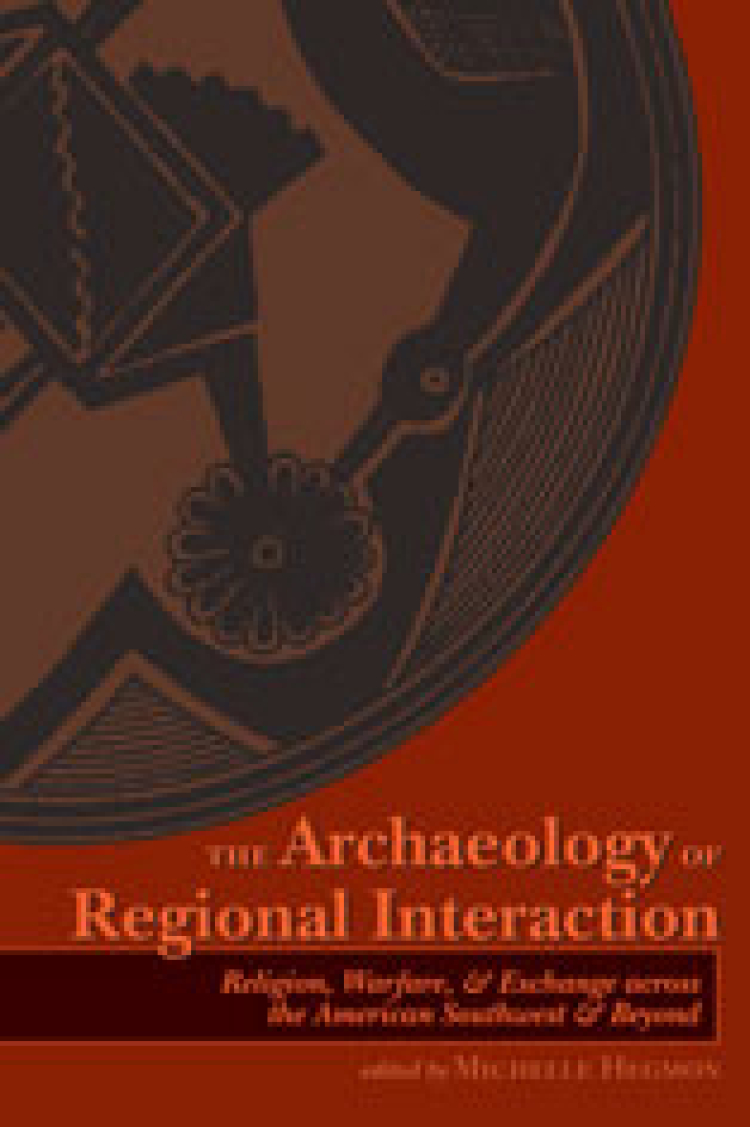 "The Archaeology of Regional Interaction makes a significant effort to dissolve past conceptual boundaries and increase our understanding of prehistoric social behavior in the Southwest. It addresses some of the most important issues in southwestern archaeology today. . . . An important contribution to southwestern prehistory."
—American Antiquity

"A handy reference on the shelf of any archaeologist or scholar with an interest in archaeology of the American Southwest and archeaological method and theory."
—New Mexico Historical Review

"Once again, an important contribution to mainstream archaeological literature has germinated from the Southwest Symposium. This time the focus is on regional interaction in a theoretically wide-ranging and geographically dispersed set of papers edited by Michelle Hegmon. The editor is to be commended for weaving a coherent treatment from papers drawing on a diversity of perspectives, temporal and geographic scales, and data sets."

"These analyses reflect a growing appreciation among archaeologists that local cultural dynamics are often strongly influenced by social developments in neighboring regions, and therefore explanations for local change should include an emphasis on regional population context. This is an excellent introduction to recent exchange theory for graduate students and professionals."

How and why did styles, materials, conflicts, and religious ideas spread across prehistoric landscapes? The Archaeology of Regional Interaction investigates these questions, using the rich resource of the American Southwest and covering periods from the Folsom to the nineteenth century. Editor Michelle Hegmon has compiled superbly researched essays into a comprehensive examination of regional interaction that has proved itself a pivotal archaeological text.

The Archaeology of Regional Interaction surpasses most regional studies, which only focus on settlement patterns or exchange, and considers other forms of interaction, such as intermarriage and the spread of religious practices. Contributors focus especially on understanding the social processes that underlie archaeological evidence of interaction.

The essays in this volume examine what regional systems involve, in terms of political and economic relations, and how they can be identified. One essay by Steven LeBlanc provides a sweeping analysis of conflict, a form of regional interaction that has received relatively little attention in the Southwest until recently. A series of chapters devoted to expanding the coverage beyond the borders of the traditional Southwest examines the surrounding areas, including Nevada and Utah, northern Mexico, and the Plains. The volume also provides a unique treatment of religion—including manifestations such as Flower World Iconography, Medicine Societies, and ceremonial textiles—as a form of regional interrelation. This paperback edition will be an important resource for scholars investigating regional systems and for archaeologists of the American Southwest.

Michelle Hegmon is a professor in the School of Human Evolution and Social Change at Arizona State University.

Movement, Connectivity, and Landscape Change in the Ancient Southwest

Contemporary Archaeologies of the Southwest