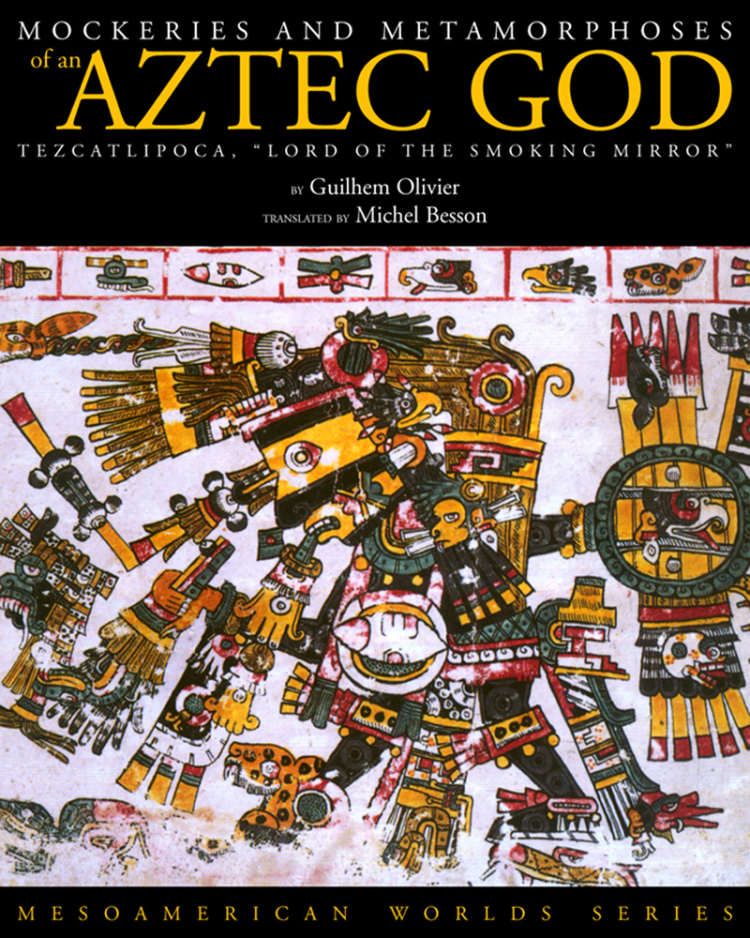 "An extraordinarily thorough and meticulous analysis of one of the principal gods of the Aztec pantheon. . . .  The book will stand as a major contribution to our understanding of Mesoamerican religion."
—Journal of Latin American Anthropology

Guilhem Olivier's Mockeries and Metamorphoses of an Aztec God is a masterful study of  Tezcatlipoca, one of the greatest but least understood deities in the Mesoamerican pantheon.

An enigmatic and melodramatic figure, the Lord of the Smoking Mirror was both drunken seducer and mutilated transgressor and although he severely punished those who violated pre-Columbian moral codes, he also received mortal confessions. A patron deity to kings and warriors as well as a protector of slaves, Tezcatlipoca often clashed in epic confrontations with his "enemy brother" Quetzalcoatl, the famed Feathered Serpent. Yet these powers of Mesoamerican mythology collaborated to create the world, and their common attributes hint at a dual character.

In a sophisticated, systematic tour through the sources and problems related to Tezcatlipoca's protean powers and shifting meanings, Olivier guides readers through the symbolic names of this great god, from his representation on skins and stones to his relationship to ritual knives and other deities.

Drawing upon iconographic material, chronicles written in Spanish and in Nahuatl, and the rich contributions of ethnography, Mockeries and Metamorphoses of an Aztec God—like the mirror of Tezcatlipoca in which the fates of mortals were reflected—reveals an important but obscured portion of the cosmology of pre-Columbian Mexico.

Guilhem Olivier is a researcher at the Instituto de Investigaciones Històricas at the Universidad Nacional Autónoma in Mexico City and lecturer at the Ecole Pratique des Hautes Etudes in Paris.