The Union Response to the Confederate Invasion of New Mexico 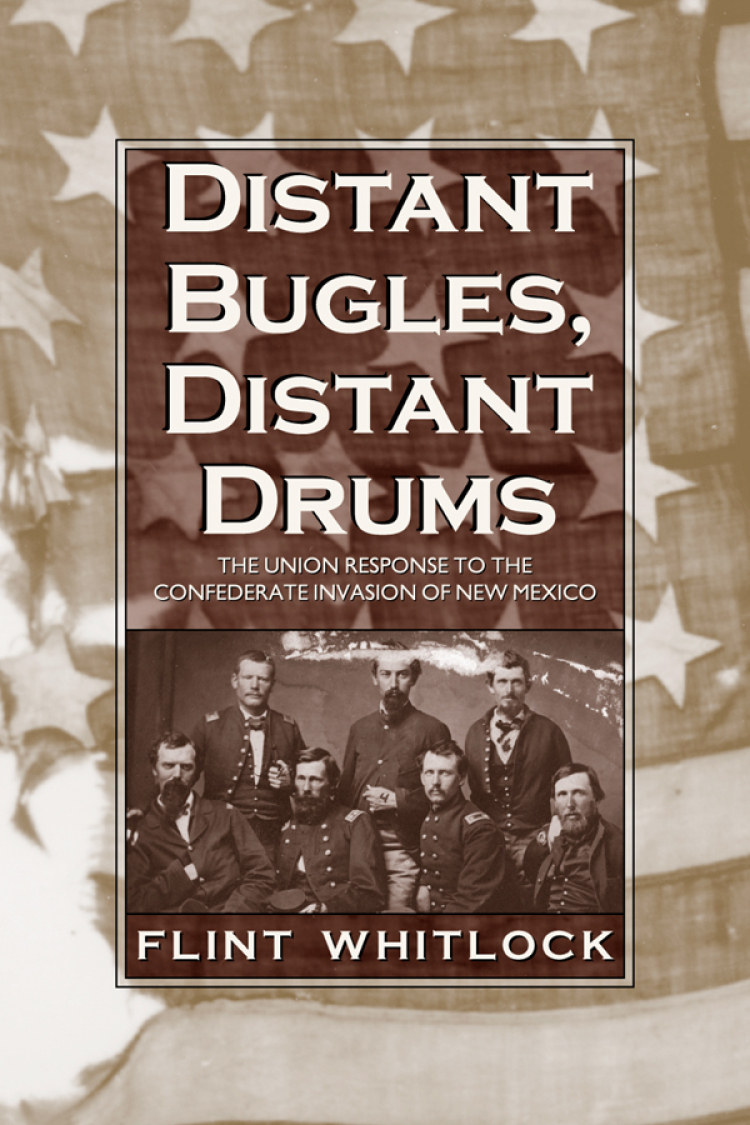 "[Whitlock] is an exceptionally good writer and anyone interested in the Civil War will enjoy what he has to say."
—Western Historical Quarterly

"Worthwhile reading just for its cast of characters, many of whom merge the spirit of the Civil War with the Wild West . . . . An equally wild and woolly read for Civil War or Western buff alike."
—Civil War Times

"By focusing explicitly on the North's reaction to Confederate dreams of empire in the West, Flint Whitlock adds several new insights to historical knowledge of this increasingly well-publicized theater of the Civil War."
—Journal of Southern History

"Whitlock vividly traces the Confederate victories in New Mexico at Valverde, Albuquerque, and Santa Fe and the dubious triumph at Glorieta Mesa in March, 1862 . . . . Anyone interested in the Civil War in the Southwest will enjoy this well-written account of the New Mexico campaign with its numerous photographs and outstanding maps clearly showing the paths of the armies."
—Las Cruces Sun News

"[C]arefully researched and detailed . . . Whitlock sets the scene in his introduction and carries the reader along in short, focused, well-written chapters. This well-documented study includes excellent maps and photographs. The section detailing what happened to the major participants after March 1862 adds a nice, revealing touch."
—Duane A. Smith, New Mexico Historical Review

"The depth of coverage for this period in Distant Bugles is one of its major strengths. This original contribution alone warrants the book's placement on the list of standard reference works for this campaign....By focusing on the Federal response to the Confederate invasion of New Mexico (and Colorado's political and military role in particular), author Flint Whitlock has made an important contribution to the literature of the campaign."
—Andrew Wagenhoffer, Civil War Books and Authors

"This volume is Civil War military history at its very best. The research, especially in primary sources, is fresh, the interpretation is informed and concise, and the writing is skillful. Follow Whitlock's engagingly crafted narrative. He introduces you to the officers, soldiers, politicians, and merchants. He tells of their competence, loyalty, opportunities, and accomplishments."
—James H. Nottage, Blue & Gray Magazine

Although most accounts of the Civil War's New Mexico campaign have focused on the Confederate effort, Distant Bugles, Distant Drums brings to life the epic march of 1,000 men recruited from Colorado's towns, farms, and mining camps to fight 3,000 Confederate soldiers in New Mexico.

Drawing on previously overlooked diaries, letters, and contemporary newspaper accounts, military historian Flint Whitlock brings the Civil War in the West to life. Distant Bugles, Distant Drums details the battles of 1,000 Coloradans against 3,000 Confederate soldiers in New Mexico and offers vivid portraits of the leaders and soldiers involved—men whose strengths and flaws would shape the fate of the nation.

On their way to Colorado in search of gold and silver for the Confederacy's dwindling coffers, Texan Confederates won a series of engagements along the Rio Grande. Hastily assembled troops that had marched to meet them from Colorado finally turned them back in an epic conflict at Glorieta Pass.

Miners, farmers, and peacetime officers turned themselves overnight into soldiers to keep the Confederacy from capturing the West's mines, shaping the outcome of the Civil War. Distant Bugles, Distant Drums tells their story.

Flint Whitlock is the author of The Fighting First, Given up for Dead, The Rock of Anzio, and Soldiers on Skis.