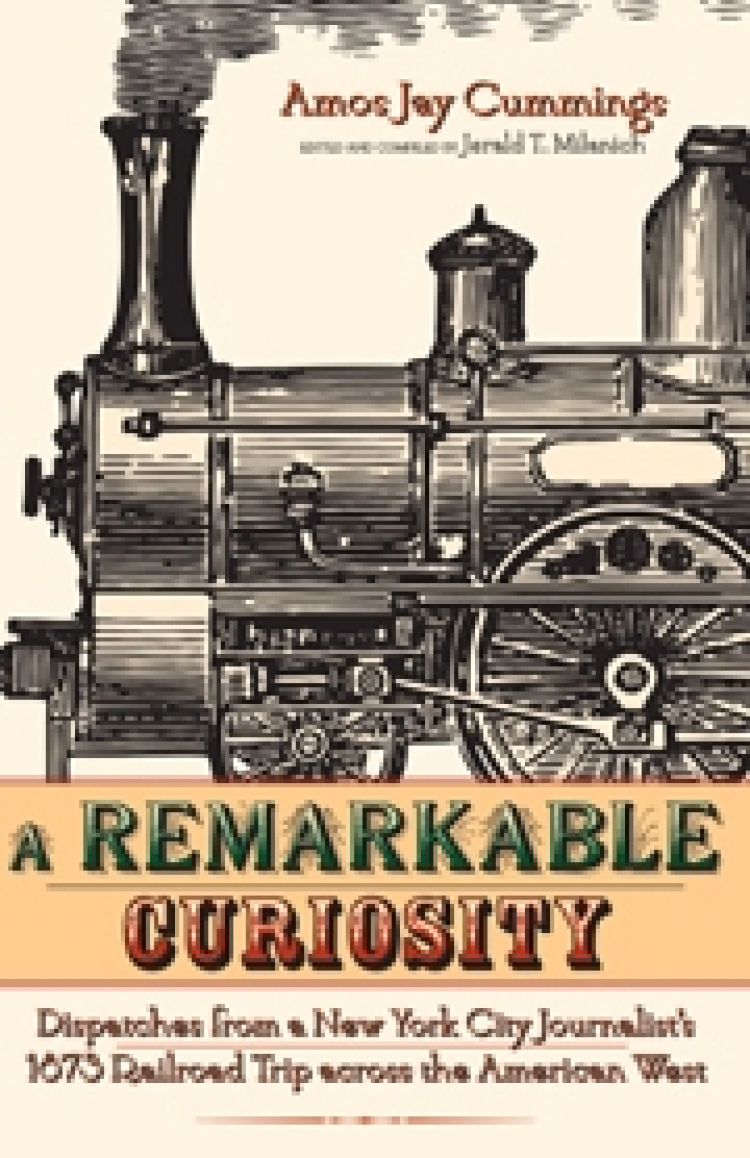 "A fun, engaging read for anybody interested in the Old West. Thanks to Milanich's desire to share these dispatches and his appreciation of Cummings's literary and lilnguistic value, a forgotten journalist can absorb an audience again."
—Newwest.net

"Cummings was popular in his day, and it is easy to see why from his writings: he was a personable man interested in those around him. His book provides a snapshot of westward expansion along the railroads and the fascinating societies what developed with them."
—Chuck Vollan, South Dakota State University, South Dakota History

"This is a book for a cold winter's night of reading. It moves along rapidly and keeps the reader's attention."
—Duane A. Smith, Center for Colorado & the West

"This remarkable book provides a rare, intimate look at the American West as it was evolving during the years immediately following the Civil War."
—Larry Cox, The Tucson Citizen

"Take a pinch of Mark Twain, add a dash of Studs Terkel, and you'll have the recipe for Amos Jay Cummings' westward-ho dispatches for the New York Sun... This collection brims with anecdotes about the American originals who settled West - farmers, gamblers, townsfolk, scoundrels, Native-Americans, prospectors, gunslingers, and Mormons - brought to life by one sharp newspaper man."
—Foreword Magazine

"An enjoyable book, full of humorous and engaging anecdotes and tales....provides an interesting glimpse into eastern perceptions of western lifestyles during the late nineteenth century."
—Utah Historical Quarterly

In 1873, Amos Jay Cummings, a decorated Civil War veteran and journalist for the New York Sun newspaper, set out on a westward journey aboard the newly completed transcontinental railroad. For some time, miners, settlers, and entrepreneurs had already been heading west to make their fortunes, and Cummings made the trip in part to see what all the fuss was about. During his six-month expedition from Kansas to California, Cummings sent extraordinary and engaging accounts of the American West back to his readers in New York.

Collected in this volume for the first time are Cummings's portraits of a land and its assortment of characters unlike anything back East. Characters like Pedro Armijo, the New Mexican sheep tycoon who took Denver by storm, and more prominently the Mormon prophet Brigham Young and one of his wives, Ann Eliza Young, who was filing for divorce at the time of Cummings's arrival.

Although today he is virtually unknown, during his lifetime Cummings was one of the most famous newspapermen in the United States, in part because of stories like these. Complete with a biographical sketch and historical introduction, A Remarkable Curiosity is an enjoyable read for anybody interested in the American West in the latter half of the nineteenth century.

Curator in archaeology at the Florida Museum of Natural History and professor of anthropology and Latin American studies at the University of Florida, Jerald T. Milanich has written over twenty books and has received a number of awards, including the James Mooney Book Award, the Rembert Patrick Book Prize (twice), and the American Association for State and Local History Book Award.