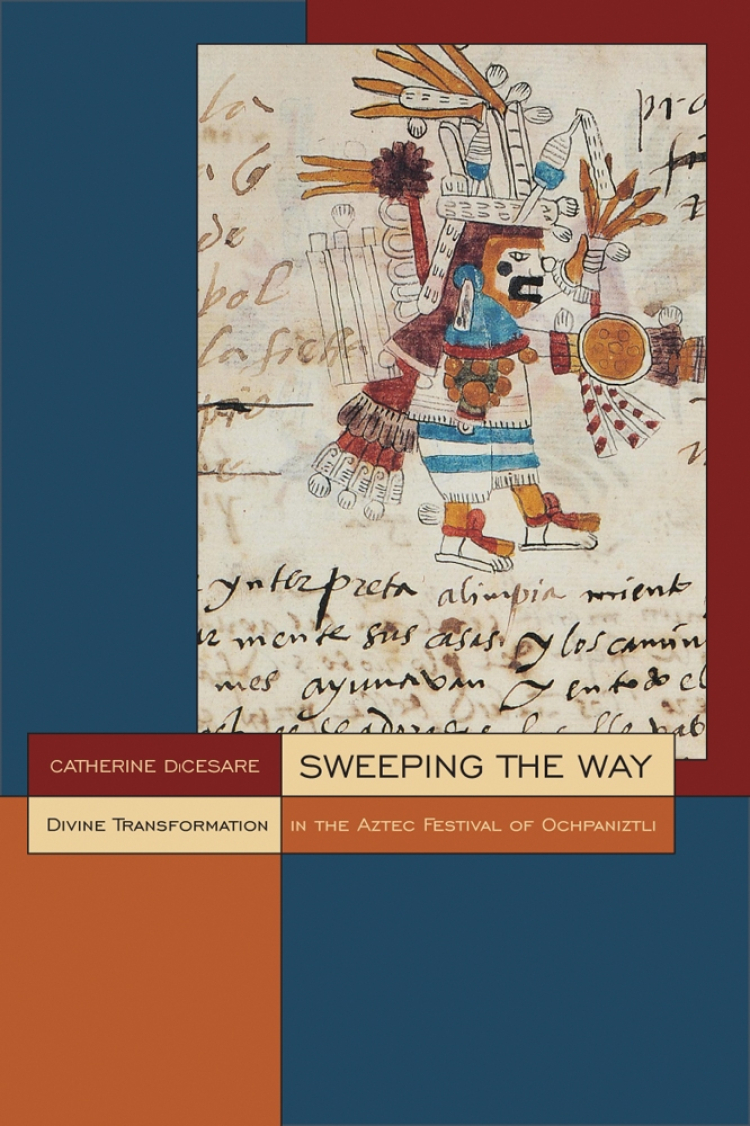 "In this well-written and well-focused book, Catherine DiCesare proposes interesting alternative interpretations of pictorial documentation and at times offers support for some less-popular existing interpretations. She does a most commendable job of capturing the essence and complexity of the monthly drama of Ochpaniztli, and her careful and insightful analyses can be used as a model for understanding other such religious celebrations."
—Frances F. Berdan, Journal of Anthropological Research

"DiCesare breaks ground in helping scholars understand new and profitable ways to tease valuable information from frequently conflicting sources. The use of both narrative and pictoral material strengthens the work significantly."
—John F. Schwaller, The Americas

"Art historians, archaeologists, and ethnohistorians will benefit greatly from Sweeping the Way's insightful and well-developed analysis of early colonial pictorial traditions. DiCesare ably reframes the range and structure of the Aztec pantheon and contributes a wonderful tool to make sense of early encounters in the New World."
—Alexander Hidalgo, Sixteenth Century Journal

Although scholars typically privilege the manuscripts' textual descriptions, Sweeping the Way examines the fundamental role of their pictorial elements, which significantly expand the information contained in the texts. DiCesare emphasizes the primacy of the regalia, ritual implements, and adornments of the festival patroness as the point of intersection between sacred cosmic forces and ceremonial celebrants. The associations of these paraphernalia indicate that Ochpaniztli was a period of purification rituals designed to transform and protect individual and communal bodies alike. Spanish friars were unable to comprehend the complex nature of the festival's patroness, ultimately fragmenting her identity into categories meeting their expectations, which continues to vex modern investigations.

Sweeping the Way addresses myriad issues of translation and transformation in pre-Columbian and post-conquest Mexico, as Christian friars and native Mexicans together negotiated a complex body of information about outlawed ritual practices and proscribed sacred entities.

Catherine DiCesare is an assistant professor of art history at Colorado State University. Her specialty is pre-Columbian art history and arts of the Americas, with research focusing on the conquest period in central Mexico.