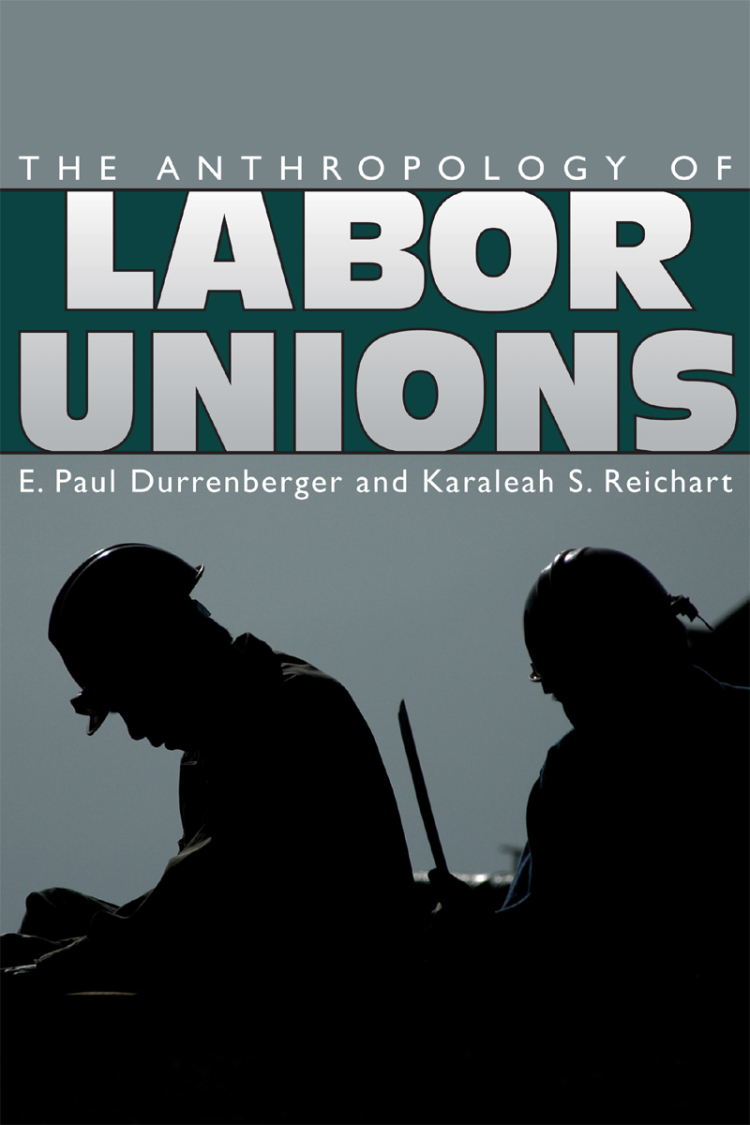 "Durrenberger and Reichart produce and idea-rich, pioneering collection on the sociocultural anthropology of unions, certainly citable for years to come. Their book is valuable not just for students of unions but also to those interested in the broader social relations of work influenced and even restrained by the state."
—Frederick C. Gamst, Anthropology of Work Review

The Anthropology of Labor Unions presents ethnographic data and analysis in eight case studies from several very diverse industries. It covers a wide range of topics, from the role of women and community in strikes to the importance of place in organization, and addresses global concerns with studies from Mexico and Malawu.

Union-organized workplaces consistently afford workers higher wages and better pensions, benefits, and health coverage than their nonunion counterparts. In addition, women and minorities who belong to unions are more likely to receive higher wages and benefits than their nonunion peers. Given the economic advantages of union membership, one might expect to see higher rates of organization across industries, but labor affiliation is at an all-time low. What accounts for this discrepancy? The contributors in this volume provide a variety of perspectives on this paradox, including discussions of approaches to and findings on the histories, cultures, and practices of organized labor. They also address substantive issues such as race, class, gender, age, generation, ethnicity, health and safety concerns, corporate co-optation of unions, and the cultural context of union-management relationships.

The first to bring together anthropological case studies of labor unions, this volume will appeal to cultural anthropologists, social scientists, sociologists, and those interested in labor studies and labor movements.

Karaleah S. Reichart is an adjunct professor of anthropology at the University of North Carolina, Chapel Hill.

Anthropological Approaches to Labor in a Neoliberal World