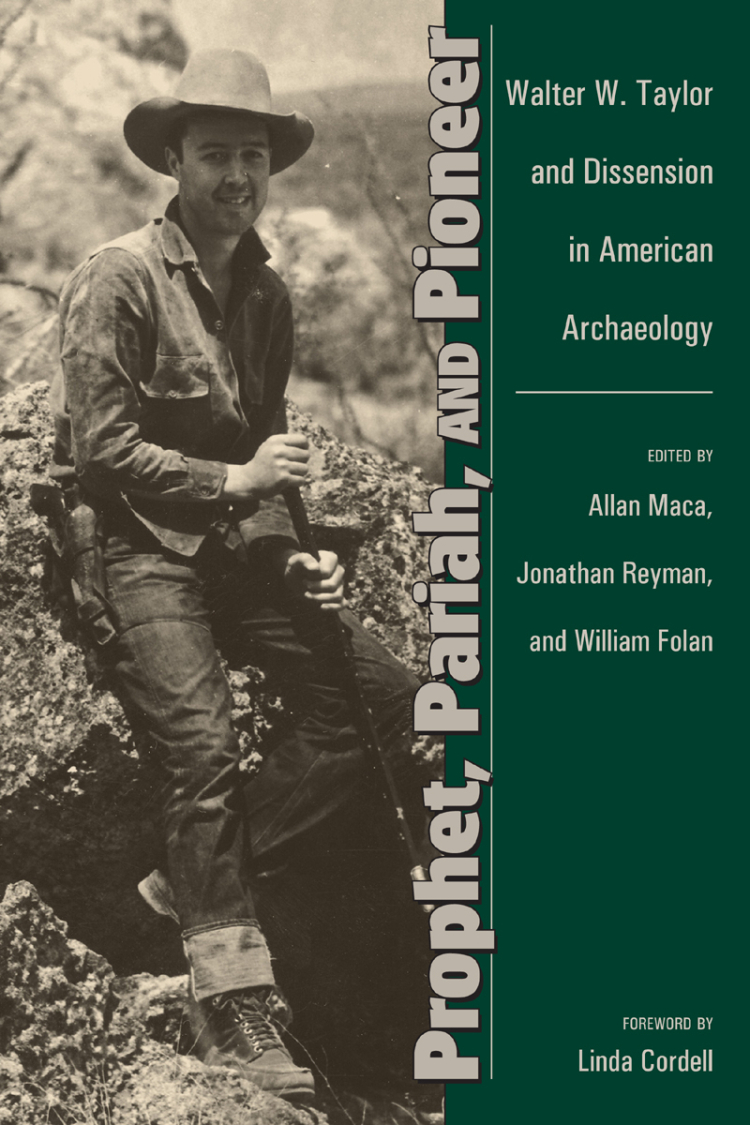 "This is a fascinating book about a complex person. . . . Taylor is claimed by the contributors to this new book as ancestor to both processual and postprocessual archaeologies...It thus remains possible to read him in different ways, as is well brought out by the diverse contributions to this volume, which is the first to provide a thorough and informed account that contextualizes Taylor's work and habilitates him within later and contemporary currents in archaeology. . . . Throughout Prophet, Pariah, and Pioneer and especially at the end, the twists and turns, the refractions never stop. . . . The editors are to be congratulated for not trying to tidy him up . . . "
—Ian Hodder, Current Anthropology

"[O]ne of the best things I have read in the history of archaeology for a long time. It demonstrates a level of disciplinary maturity in American archaeology where painful memories can be re-experienced and wrongs (on both sides) can be acknowledged."
—Archaeology Bulletin

"This book is the fullest account of Walter Taylor yet in print, and doubtless it will remain so for many years . . . the focus of the volume on earlier theoretical history encourages us to more fully explore where we have been, where we are now, and where we may be going."
—American Antiquity

In his 1948 work A Study of Archeology, recently minted Harvard Ph.D. Walter W. Taylor delivered the strongest and most substantial critique of American archaeology ever published. He created many enemies with his dissection of the research programs of America's leading scholars, who took it as a personal affront. Taylor subsequently saw his ideas co-opted, his research pushed to the margins, and his students punished. Publicly humiliated at the 1985 Society for American Archaeology meeting, he suffered ridicule until his death in 1997.

Nearly everyone in the archaeological community read Taylor's book at the time, and despite the negative reaction, many were influenced by it. Few young scholars dared to directly engage and build on his "conjunctive approach," yet his suggested methods nevertheless began to be adopted and countless present-day authors highlight his impact on the 1960s formation of the "New Archaeology."

In Prophet, Pariah, and Pioneer, peers, colleagues, and former students offer a critical consideration of Taylor's influence and legacy. Neither a festschrift nor a mere analysis of his work, the book presents an array of voices exploring Taylor and his influence, sociologically and intellectually, as well as the culture of American archaeology in the second half of the twentieth century.

Media
Allan Maca is an archaeologist on PBS's Time Team America! Check out the latest season.

Allan Maca is an assistant professor of anthropology at Colgate University.

Jonathan Reyman is curator of anthropology at the Illinios State Museum.

William Folan is the director of the Center for Historical and Social Research at the Universidad Autónoma de Campeche in Mexico.