In the Footsteps of Lewis and Clark

Early Commemorations and the Origins of the National Historic Trail 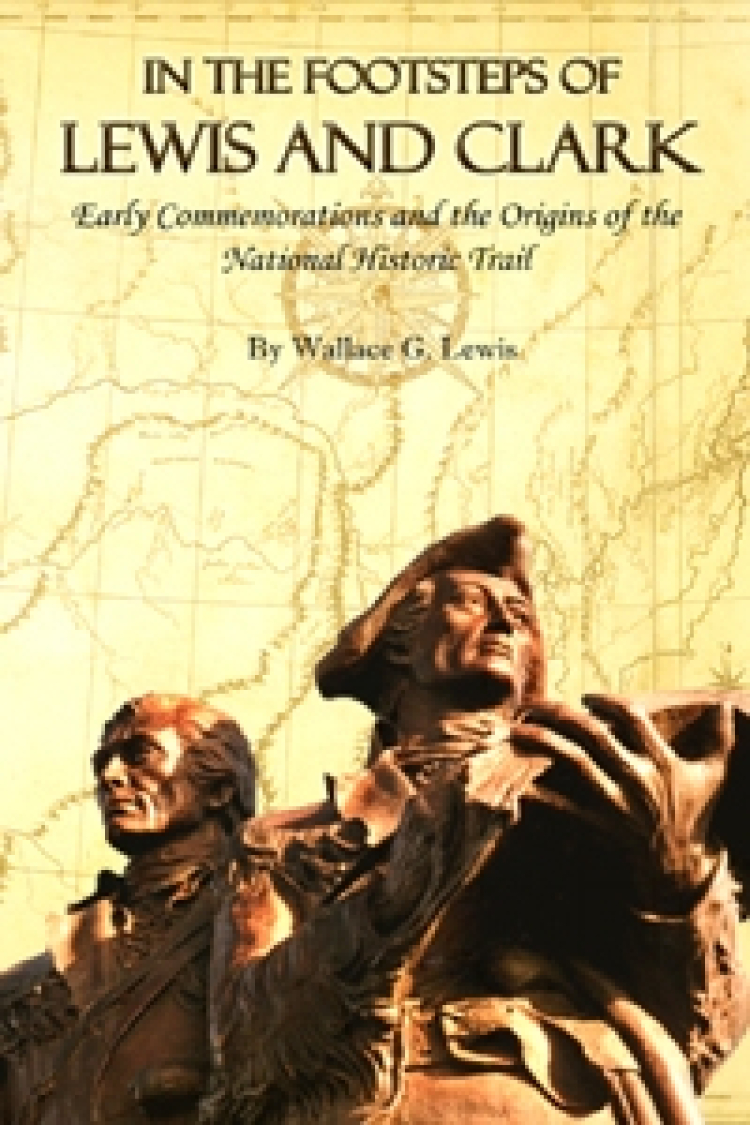 "Not just another title in the flood of books about the Lewis and Clark expedition . . . a useful guidebook, in addition to being a good read."
—Richard H. Dillion, TrueWest Magazine

"By using the iconic Lewis and Clark expedition as a test case for the constructions of national myths and nostalgic expressions of patriotism, the author has offered historians an accessible and insightful model for future studies of historical sites and trails throughout the United States."
—Jeffery P. Shephard

"[A]n important contribution to the literature, for it provides a thorough and insightful focus on a relatively ignored era in the fascinating commemorative history of the expedition."
—Kevin Blake, Material Culture

"This is a valuable contribution explaining how history, geography, popular culture, and memory intersect along the Lewis and Clark Trail and offering a window into how Americans imagine, recreate, reshape, and remember their distant past."
—Jay H. Buckley, Great Plains Quarterly

"An important contribution to understanding the development of heritage and the evolution of popular memory in the American West in the twentieth century . . . a thought-provoking and enjoyable book I very much recommend."
—Amanda Laugesen, Kansas History

"Value this book for what it is: a sprightly recounting of commemorations, commissions, and celebrations of the Lewis and Clark story from a perspective not previously presented."
—Robert Carriker, Gonzaga University, New Mexico Historical Review

Although it was 1806 when Lewis and Clark returned to St. Louis after their journey across the country, it was not until 1905 that they were celebrated as national heroes. In the Footsteps of Lewis and Clark examines how public attitudes toward their explorations and the means of commemorating them have changed, from the production of the Lewis and Clark Exposition in 1905 to the establishment of the Lewis and Clark National Historic Trail in 1978 and the celebrations of the expedition's bicentennial from 2003 through 2007.

The first significant stirrings of national public interest in Lewis and Clark coincided with the beginning of a nationwide fascination with transcontinental automobile touring. Americans began to reconnect with the past and interact with the history of Western expansion by becoming a new breed of "frontier explorer" via their cars. As a result, early emphasis on local plaques and monuments yielded to pageants, reenactments, and, ultimately, attempts to retrace the route, promoting conservation and recreation along its length.

Wallace G. Lewis details the ingenuity that inspired the establishment of the Lewis and Clark National Historic Trail, opening a window to how America reimagines, recreates, and remembers its own past. In the Footsteps of Lewis and Clark will appeal to both scholarly and armchair historians interested in the Western frontier as experienced by both Lewis and Clark and those retracing their steps today.

Wallace G. Lewis is a professor of history at Western State College of Colorado.