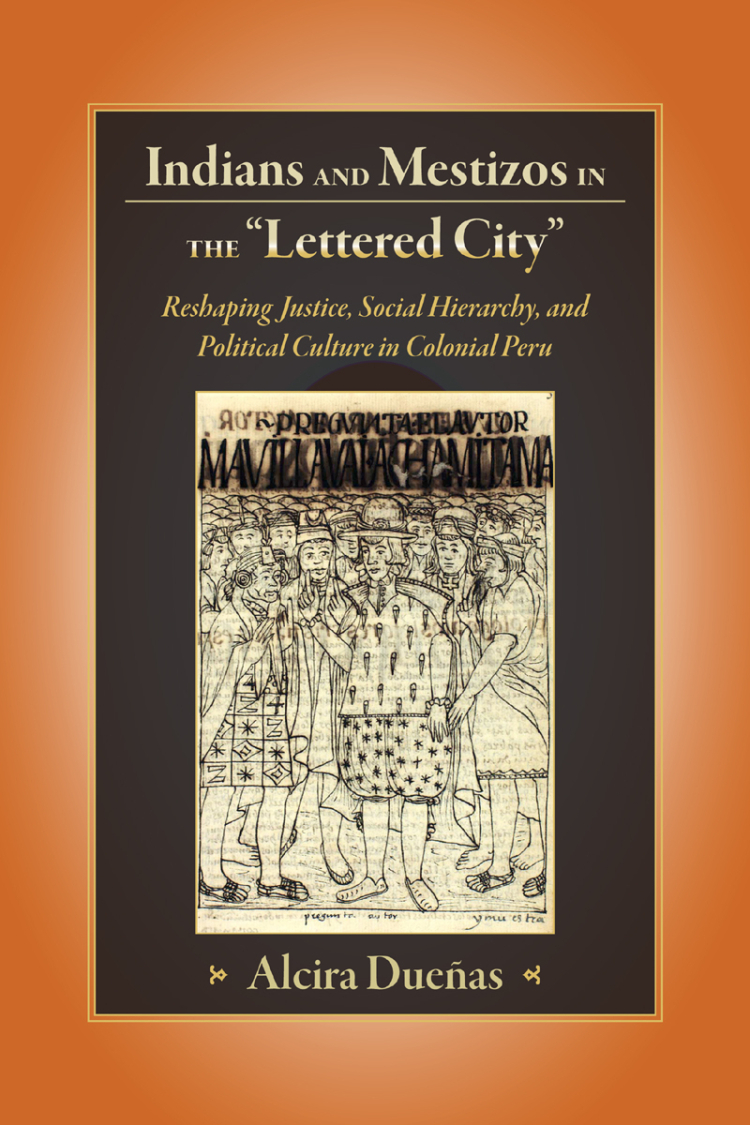 "Alcira Dueñas has done the heavy lifting and her book will facilitate or even permit new studies and further debate about Andean colonial thinkers insufficiently appreciated by modern scholars. We are in her debt."
—Charles F. Walker, Journal of Latin American Studies

"This book brings to light these indigenous intellectuals' dynamic efforts to shape their own social and political status in the Spanish Empire. For the historian of colonial Spanish America or Peru, it provides an enticing overview of a transatlantic political discourse and suggests interesting avenues for future resarch."
—Emily Berquist, Hispanic American Historical Review

Through newly unearthed texts virtually unknown in Andean studies, Indians and Mestizos in the "Lettered City" highlights the Andean intellectual tradition of writing in their long-term struggle for social empowerment and questions the previous understanding of the "lettered city" as a privileged space populated solely by colonial elites. Rarely acknowledged in studies of resistance to colonial rule, these writings challenged colonial hierarchies and ethnic discrimination in attempts to redefine the Andean role in colonial society.

Scholars have long assumed that Spanish rule remained largely undisputed in Peru between the 1570s and 1780s, but educated elite Indians and mestizos challenged the legitimacy of Spanish rule, criticized colonial injustice and exclusion, and articulated the ideas that would later be embraced in the Great Rebellion in 1781. Their movement extended across the Atlantic as the scholars visited the seat of the Spanish empire to negotiate with the king and his advisors for social reform, lobbied diverse networks of supporters in Madrid and Peru, and struggled for admission to religious orders, schools and universities, and positions in ecclesiastic and civil administration.

Indians and Mestizos in the "Lettered City" explores how scholars contributed to social change and transformation of colonial culture through legal, cultural, and political activism, and how, ultimately, their significant colonial critiques and campaigns redefined colonial public life and discourse. It will be of interest to scholars and students of colonial history, colonial literature, Hispanic studies, and Latin American studies.

Alcira Dueñas is an associate professor of Latin American history and world history at Ohio State University, Newark, and a former Fulbright Scholar.