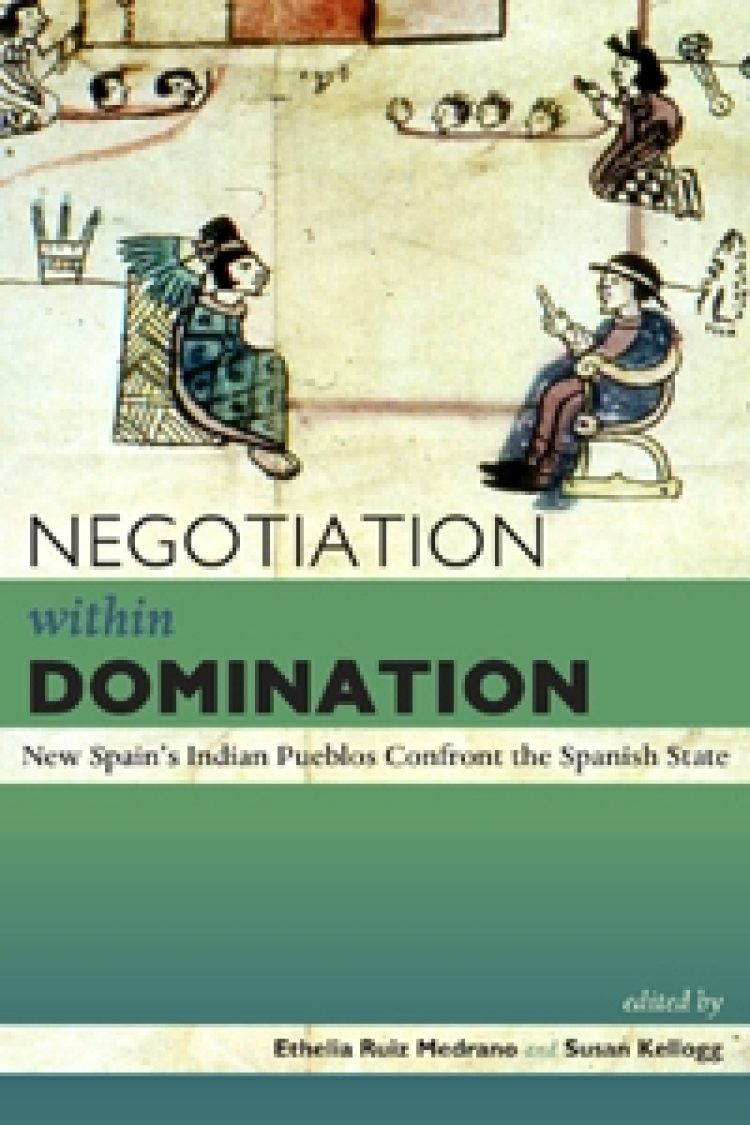 "This volume offers a wealth of theoretically informed case studies about the relationships between indigenous communities and the Spanish state in the colonial period. . . . The book contributes to the variegated and complex body of scholarship on the culture of colonial politics and advances our understanding of the variations of that political culture."
—Marin Nesvig, The Americas

"Negotiation within Domination provides a nuanced perspective on colonial rule, demonstrating that New Spain's indigenous inhabitants adjusted to Spanish rule and asserted privileges and autonomy within a foreign legal framework with noble aptitude. . . . The broad spectrum of authors' backgrounds and approaches and the geographical breadth of this study make this work ideal for scholars looking to stay current on new directions taken in the study of indigenous adaptation to Spanish Rule."
—Mark Lentz, Hispanic American Historical Review

"This volume is unique in its thesis, adding to the historiography of conquest and domination and is highly recommended for classroom use."
—Colonial Latin American Historical Review

"This book enriches significantly our comprehension not only of indigenous society under colonial rule, but also of colonial society as a whole."
—Gabriela Ramos, Bulletin of Latin American Research

“This is definitely a volume of interest to readers of the ethnohistory and history of colonial New Spain.”
—SMRC Revista

Negotiation within Domination examines the formation of colonial governance in New Spain through interactions between indigenous peoples and representatives of the Spanish Crown. The book highlights the complexity of native negotiation and mediation with colonial rule across time, culture, and place and how it shaped colonial political and legal structures from the sixteenth to the eighteenth centuries.

Although indigenous communities reacted to Spanish presence with significant acts of resistance and rebellion, they also turned to negotiation to deal with conflicts and ameliorate the consequences of colonial rule. This affected not only the development of legal systems in New Spain and Mexico but also the survival and continuation of traditional cultures.

Bringing together work by Mexican and North American historians, this collection is a crucially important and rare contribution to the field. Negotiation within Domination is a valuable resource for native peoples as they seek to redefine and revitalize their identities and assert their rights relating to language and religion, ownership of lands and natural resources, rights of self-determination and self-government, and protection of cultural and intellectual property. It will be of interest primarily to specialists in the field of colonial studies and historians and ethnohistorians of New Spain.

Ethelia Ruiz Medrano is a researcher at the Direccion de Estudios Historicos, Instituto Nacional de Antropologia e Historia in Mexico and a visiting professor at The Rockefeller Center for Latin American Studies at Harvard University. She is the author of three books with the University Press of Colorado, and the recipient of a John Simon Guggenheim Fellowship in 2006.

Susan Kellogg is a professor of history and the director of the Latin American Studies Program at the University of Houston.