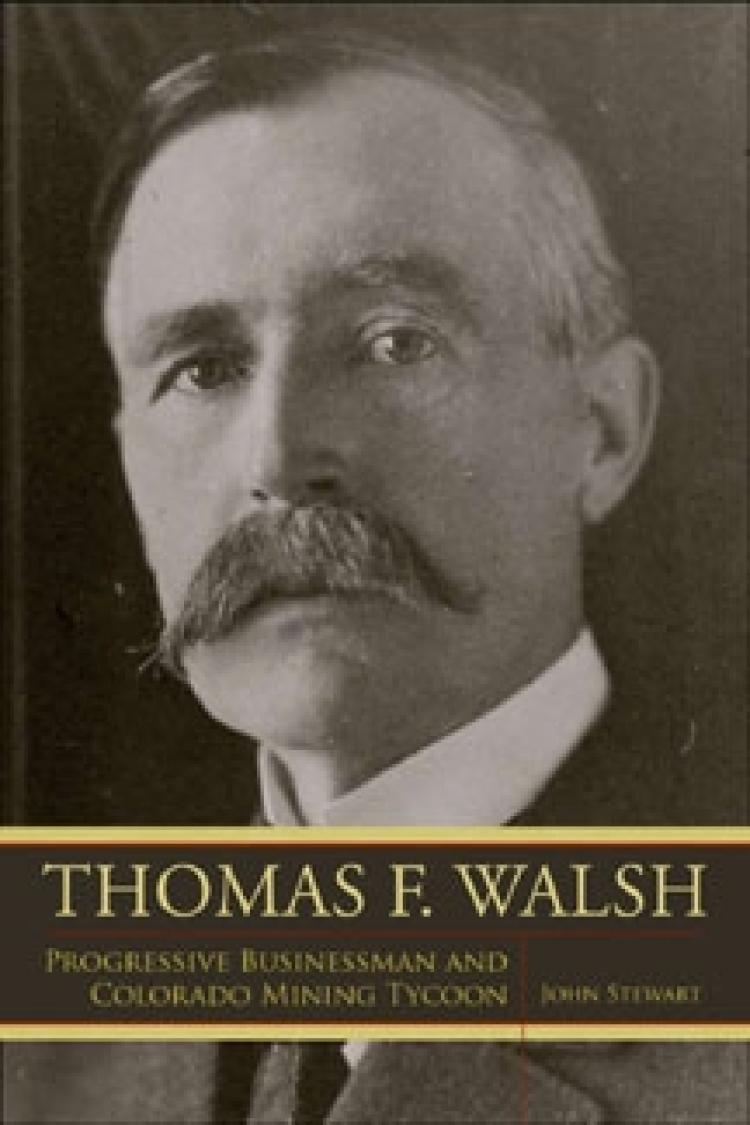 "Stewart convincingly shows in this first-rate, evenhanded biography that Tom Walsh does deserve a pedestal. Coloradans should enjoy this book, and for exploitive, overpaid executives it should be required reading."
—The Rocky Mountain News

"Stewart paints a picture of Walsh as a shrewd businessman who loved mining but would only engage when it made financial sense. . . . a quick, insightful read."
—Joshua C. Hall, Beloit College; EH.NET

"Stewart has given us a portrait of a man who took different paths and, for a short time, made his world a better place for all who were a part of it."
—Terrence Delaney, Montana: The Magazine of Western History

"For anyone interested in widening their knowledge about the history and social impacts of Colorado mining in the late-nineteenth century, or curious about the trajectory of an ambitious and fortunate immigrant who succeeded in the mineral West, this book has many interesting ideas to contribute."
—Kent Curtis, Western Historical Quarterly

"Stewart follows his subject with the passion and insight of Sherlock Holmes. . . .The story is enhanced by a fine selection of photographs, which helps to further illustrate Walsh and his times."
—Duane A. Smith, 2008 Mining History Journal

Thomas F. Walsh tells the story of one of the West's wealthiest mining magnates—an Irish American prospector and lifelong philanthropist who struck it rich in Ouray County, Colorado.

In the first complete biography of Thomas Walsh, John Stewart recounts the tycoon's life from his birth in 1850 and his beginnings as a millwright and carpenter in Ireland to his tenacious, often fruitless mining work in the Black Hills and Colorado, which finally led to his discovery of an extremely rich vein of gold ore in the Imogene Basin. Walsh's Camp Bird Mine yielded more than $20 million worth of gold and other minerals in twenty years, and the mine's 1902 sale to British investors made Walsh very wealthy.

He achieved national prominence, living with his family in mansions in Colorado and Washington, D.C., and maintaining a rapport with Presidents McKinley, Theodore Roosevelt, and Taft, as well as with King Leopold II of Belgium.

Despite his fame and lavish lifestyle, Walsh is remembered as an unassuming and philanthropic man who treated his employees well. In addition to making many anonymous donations, he established the Walsh Library in Ouray and a library near his Irish birthplace, and helped establish a research fund for the study of radium and other rare western minerals at the Colorado School of Mines. Walsh gave his employees at the Camp Bird Mine top pay and lodged them in an alpine boardinghouse featuring porcelain basins, electric lighting, and excellent food.

Stewart's engaging account explores the exceptional path of this Colorado mogul in detail, bringing Walsh and his time to life.

John Stewart is an attorney in Denver. He completed a master's degree in history at the University of Colorado at Denver.