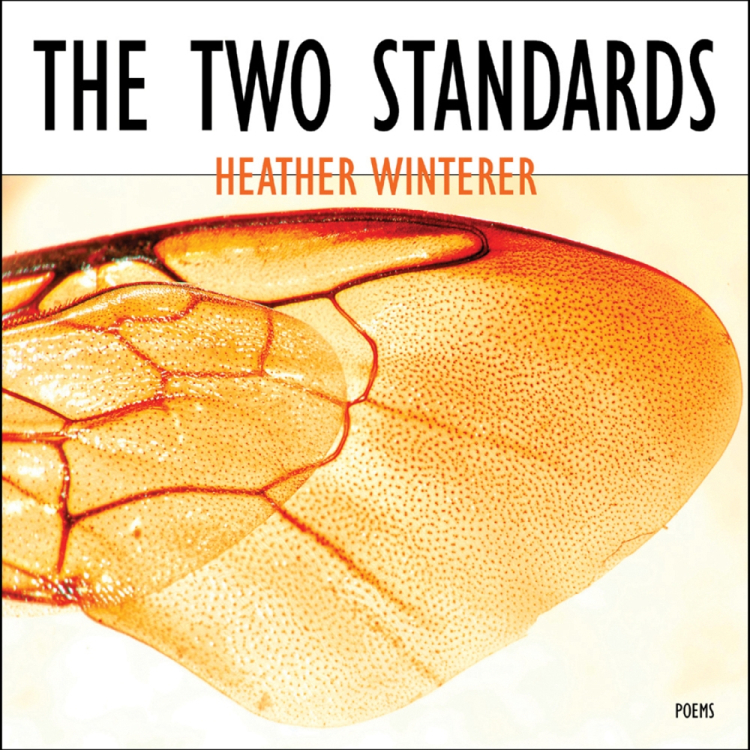 "A post-modern translation of St. Ignatius Loyola's Spiritual Exercises, the pilgrim presence in this fierce book graphs the temporal reality 'where we are all visitors.' Intermediating between the soul's urge toward God and its equally strong—where we become 'another one and yet an other someone else.' The sheer effort of belief permeating The Two Standards will dwell in readers long after the book is closed."
—Claudia Keelan ​

Heather Winterer explores the intimate territory between desolation and consolation, offering a poetry that translates the distances between spiritual endings and beginnings, between an "after what it used to be" and "an arrival." The work enacts the model of St. Ignatius Loyola, encouraging the collapse of lines between creation and creativity, time and space, the Christian and Christ, the self and the other. The voice of these poems moves exuberantly through various forms, resisting predication and celebrating its own multiplicity. With lyrical dexterity and humor, Winterer invites us into her world, a world of tangible absences and presences—where the Mojave Desert and the city of Las Vegas become the unlikely sites of spiritual encounter. The god of this quirky world appears in cars, apartment buildings, and swimming pools and speaks to us through desert plants and birds. Everything from the outside—natural and unnatural—spills into the poems and they turn whatever they are given into movement away from darkness and loss, toward possibility, potency, and grace.

Heather Winterer's poems have appeared in Hotel Amerika, American Poetry Review, Fence, and elsewhere. She teaches at the College of Northern New Mexico in Española.