Reflections on Undergraduate Education and Teaching the Liberal Arts 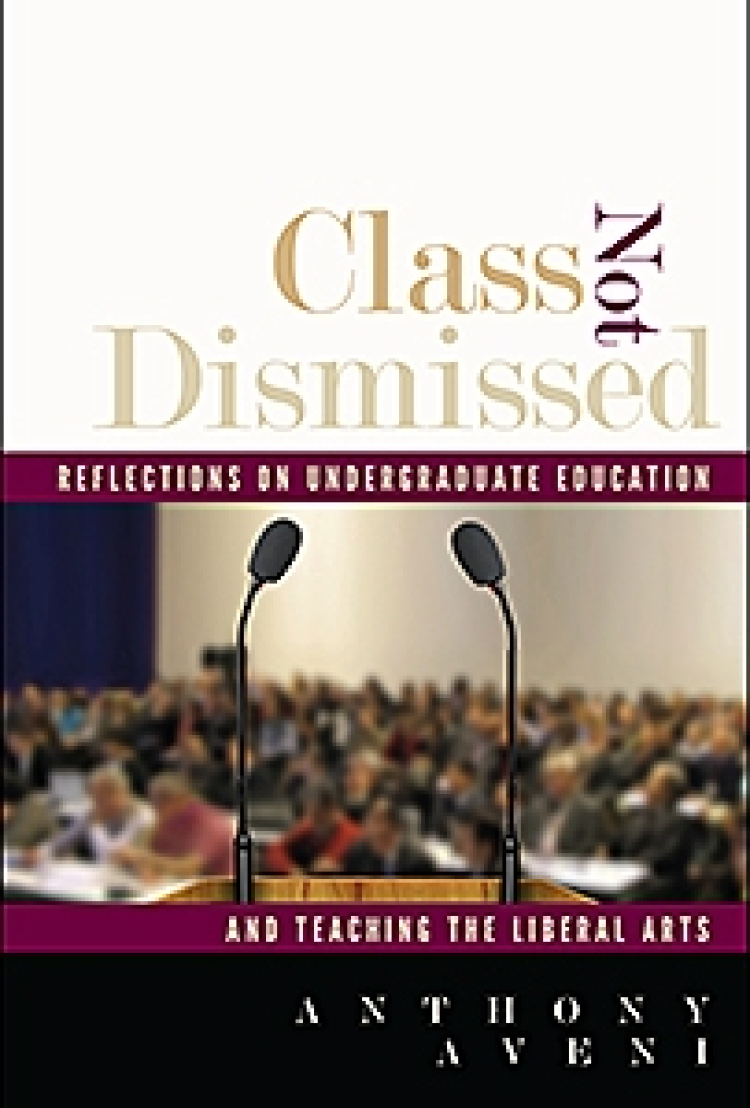 Paperback Price $16.95
Ebook Price $13.95
30-day ebook rental price $5.99
Buy Now
"Aveni shows clearly how imagination and good teaching practices can both competitively enhance a discipline's standing and co-operatively benefit collegial efforts in other areas. . . . Throughout, the author's wit and humor stand out, but readers will be struck most of all by his care for his students."

In Class Not Dismissed, award-winning professor Anthony Aveni tells the personal story of his six decades in college classrooms and some of the 10,000 students who have filled them. Through anecdotes of his own triumphs and tribulations—some amusing, others heartrending—Aveni reveals his teaching story and thoughts on the future of higher education.

Although in recent years the lecture has come under fire as a pedagogical method, Aveni ardently defends lecturing to students. He shares his secrets on crafting an engaging lecture and creating productive dialogue in class discussions. He lays out his rules on classroom discipline and tells how he promotes the lost art of listening. He is a passionate proponent of the liberal arts and core course requirements as well as a believer in sound teaching promoted by active scholarship.

Aveni is known to his students as a consummate storyteller. In Class Not Dismissed, he shares real stories about everyday college life that shed light on serious educational issues. The result is a humorous, reflective, inviting, and powerful inquiry into higher education that will be of interest to anyone invested in the current and future state of college and university education.