Man in the Moon

Essays on Fathers and Fatherhood 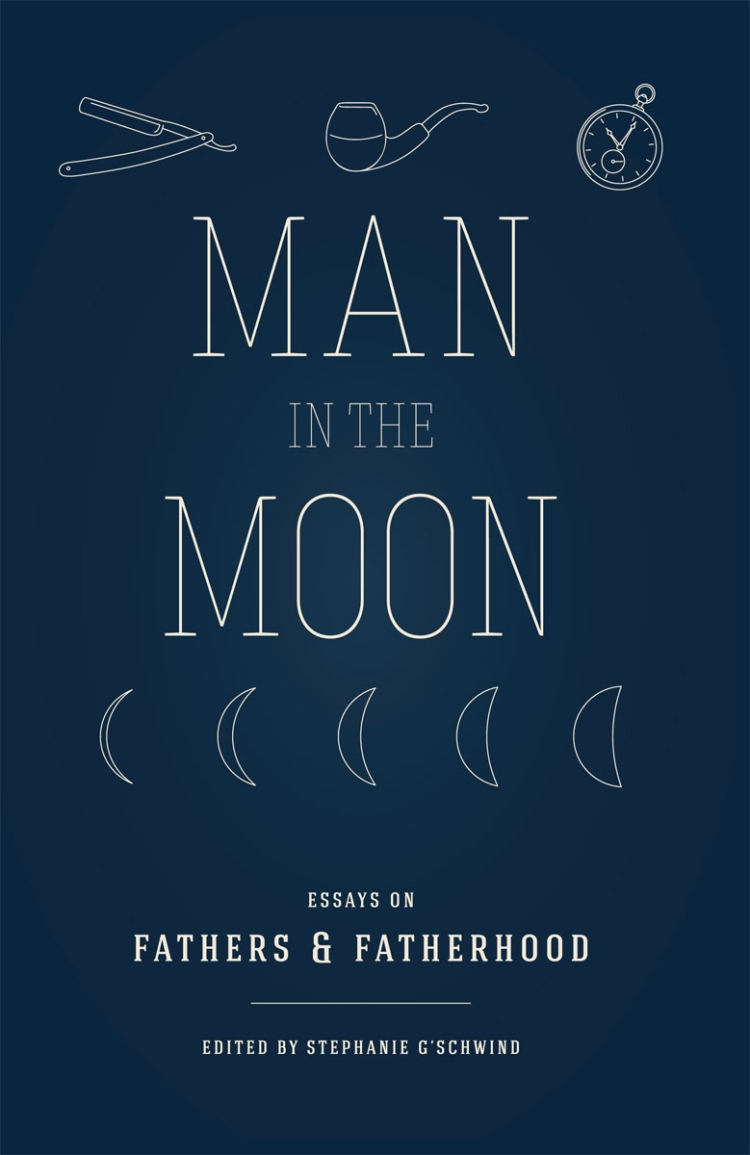 2014 INDIEFAB Book of the Year Finalist

"Science claims it will one day be able to eliminate fathers from the equation by mating bone marrow with ovum. When that day comes, I imagine this book, along with a handful of other works (King Lear, Fun Home) will become even more necessary. Herein find the blueprints for the mystery, the maps for the uncharted, the keys to the archetype."
—Nick Flynn, author of The Reenactments and Another Bullshit Night in Suck City

"At this moment, I find myself at loose ends, lost in the various vacuums left by my father's dying and my sons' departures out into the voids. Yet this stunning constellation of essays centered me, became for me fine instruments of reckoning of where to stand in the ceaseless entropic dynamic of kin, of paternal keening. These waxing meditations demonstrate the inflationary universe, the heft and velocity of that big ol' nothing. They elegantly fill, with sober hope and the balm of joy, the terrifying, infinite spaces between those waning stars."
—Michael Martone, author of Michael Martone and Four for a Quarter

"What an unreachable mystery the father is, preoccupied, unknowable, pervasive. In these fascinating essays, a shared portrait emerges as writers articulate the perpetual puzzle of the father and, with grace and candor, explore what it means to not know him, to never know him. As one voice, these essays investigate the man—his inventories, his myths, his mere traces—who makes up our horizons, who forever shimmers there beyond our collective grasp."
—Susanna Sonnenberg, author of Her Last Death and She Matters: A Life in Friendships

Selected from the country's leading literary journals and publications—Crazyhorse, Colorado Review, The Nervous Breakdown, Creative Nonfiction, Georgia Review, Gulf Coast, The Missouri Review, The Normal School, and others—Man in the Moon brings together essays in which sons, daughters, and fathers explore the elusive nature of this intimate relationship and find unique ways to frame and understand it: through astronomy, arachnology, storytelling, map-reading, television, puzzles, DNA, and so on.

In the collection's title essay, Bill Capossere considers the inextricable link between his love of astronomy and memories of his father: "The man in the moon is no stranger to me," he writes. "I have seen his face before, and it is my father's, and his father's, and my own." Other essays include Dinty W. Moore's "Son of Mr. Green Jeans: A Meditation on Missing Fathers," in which Moore lays out an alphabetic investigation of fathers from popular culture—Ward Cleaver, Jim Anderson, Ozzie Nelson—while ruminating on his own absent father and hesitation to become a father himself. In "Plot Variations," Robin Black attempts to understand, through the lens of teaching fiction to creative writing students, her inability to attend her father's funeral. Deborah Thompson tries to reconcile her pride in her father's pioneering research in plastics and her concerns about their toxic environmental consequences in "When the Future Was Plastic." At turns painfully familiar, comic, and heartbreaking, the essays in this collection also deliver moments of searing beauty and hard-earned wisdom.

Stephanie G’Schwind is the editor of Colorado Review and the director of the Center for Literary Publishing at Colorado State University. She edited the anthology Man in the Moon: Essays on Fathers and Fatherhood and is the series editor for the Colorado Prize for Poetry and co-editor, with Donald Revell, of the Mountain West Poetry Series. She has worked in the publishing industry (literary, scholarly, and educational) for more than twenty years.

A Body of Essays