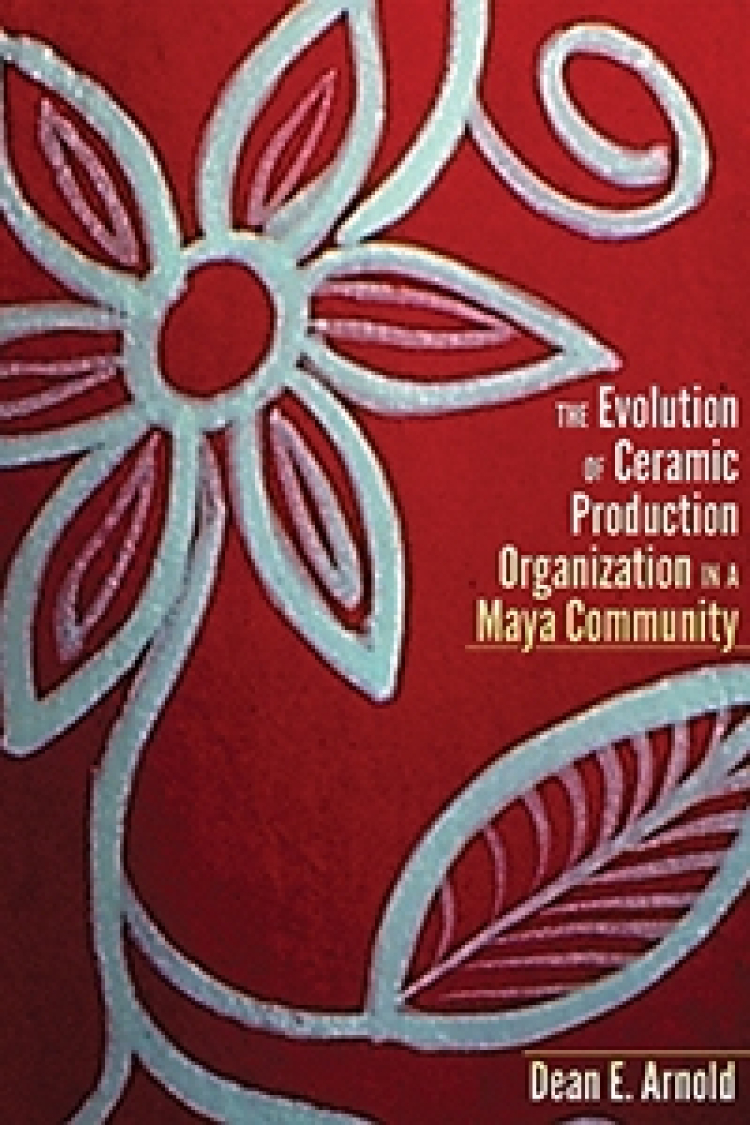 Hardcover Price $70.00
Ebook Price $56.00
30-day ebook rental price $9.99
Buy Now
"Arnold has now prepared a compelling companion to his 2008 volume, making a quartet of salient publications about pottery and pottery-producing communities. In his new work he blends meticulous diachronic field research with keen insight and documents a substantive theoretical foundation. He draws together the results of many of his previous works, reevaluates and expands upon them, and offers fresh, new cogent analyses and explanations of the dramatic changes that have taken place in the pottery-making community through more than four decades. . . . Readers should give themselves a 2015 New Year's present and acquire this important book, another in the University Press of Colorado's growing list of significant publications."

—The Society for Archaeological Sciences Bulletin

"This is an outstanding volume that constitutes a major contribution not only to Maya research but to Mesoamerican studies as a whole. Written by a prominent anthropologist and specialist in the study of ceramics, it is remarkable for both the breadth and depth of its research. This book is an original contribution to the general field of cultural anthropology and, more specifically, to archaeology; one that deserves a place on the bookshelves of sociocultural anthropologists, archaeologists, and scholars in related fields, as well as all readers with an interest in the fascinating world of Maya culture, both ancient and modern."
—Eduardo Williams, Ph.D., El Colegio de Michoacán, Zamora, Mexico

"Once upon a time, anthropologists embraced the broad study of humankind in the past and present, not merely as a disciplinary stance, but personally in their own work. In his half-century learning about and from the potters of Ticul, Yucatán, Dean Arnold has transcended the growing divide between archaeology and sociocultural anthropology in ways that few can now claim. Meticulously documented and richly illustrated, The Evolution of Ceramic Production Organization in a Maya Community shows how decisions made by individuals and households in the historical context of changing economic and social conditions in Yucatán affected the intensity, organization, and spatial configuration of ceramic production. This book deserves a place next to Arnold's Social Change and the Evolution of Ceramic Production and Distribution in a Maya Community on the bookshelf of everyone who is seriously interested in how craft traditions originate, change, and are transmitted across generations."
—Christopher Pool, University of Kentucky

"One of the foremost ethnoarchaeologists​ ​of Latin America, Arnold is still concerned​ ​about how ethnography can contribute to​ ​archaeological studies of prehispanic ceramic​ economies. But this book also has a broader humanistic​ ​scope, following the potters and their families over​ a​lmost 50 years of tumultuous change. . . . Arnold’s book is a testimonial to continuity in a whole​ ​community of​ ​potters in the face of tremendous social,​ ​political, and economic transformation over the last half​ ​century. By charting the history of these potters and their families, he provides a unique diachronic account of​ ​Maya crafting."

"[A]n important profile of potters' organization in both time and space that diverges from the ethnoarchaeologists' tendency to emphasize systems of production and their material results . . . With his thorough contextualization of the continuing development of Ticul ceramic production, Arnold encourages deeper ethnoarchaeological consideration of artisans’ individual roles in the development of production organization and socioeconomic complexity, as well as their inherent embeddedness in the social contexts in which they operate."

In The Evolution of Ceramic Production Organization in a Maya Community, Dean E. Arnold continues his unique approach to ceramic ethnoarchaeology, tracing the history of potters in Ticul, Yucatan, and their production space over a period of more than four decades. This follow-up to his 2008 work Social Change and the Evolution of Ceramic Production and Distribution uses narrative to trace the changes in production personnel and their spatial organization through the changes in production organization in Ticul.

Although several kinds of production units developed, households were the most persistent units of production in spite of massive social change and the reorientation of pottery production to the tourist market. Entrepreneurial workshops, government-sponsored workshops, and workshops attached to tourist hotels developed more recently but were short-lived, whereas pottery-making households extended deep into the nineteenth century. Through this continuity and change, intermittent crafting, multi-crafting, and potters' increased management of economic risk also factored into the development of the production organization in Ticul.

Illustrated with more than 100 images of production units, The Evolution of Ceramic Production Organization in a Maya Community is an important contribution to the understanding of ceramic production. Scholars with interests in craft specialization, craft production, and demography, as well as specialists in Mesoamerican archaeology, anthropology, history, and economy, will find this volume especially useful.

Dean E. Arnold is adjunct curator of anthropology at the Field Museum of Natural History in Chicago and professor emeritus of anthropology at Wheaton College in Illinois. He has taught anthropology for forty-three years; done field work in Peru, Mexico, Bolivia, Guatemala, and the Southwest; and published four books, including the seminal Ceramic Theory and Cultural Process, and more than sixty articles about potters, pottery, and pottery production and related subjects (such as Maya Blue). Arnold was a Fulbright Scholar in Mexico and Peru, a Visiting Fellow at Clare Hall at University of Cambridge in 1985, and a Visiting Scholar at the Department of Archaeology there in 1985, 1992, and 2000. He received the Society for American Archaeology’s Award for Excellence in Ceramic Studies in 1996. In 2003, he received the Charles R. Jenkins Award for Distinguished Achievement from the National Executive Council of Lambda Alpha (the National Collegiate Honor Society for Anthropology). He received the Wheaton College Senior Faculty Scholarship Achievement Award in 2001 and the Wheaton College Alumni Association Award for Distinguished Service to Alma Mater in 2008.