A Historian's Motorcycle Journeys in the American West 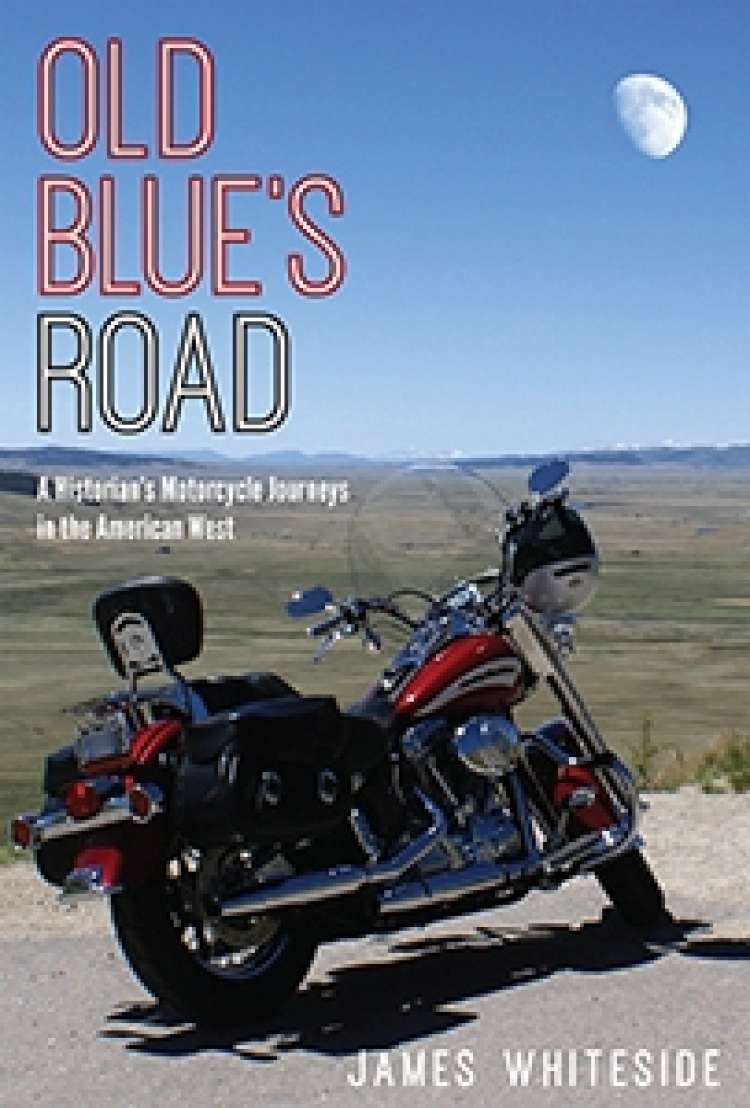 —John Monnett, author of Where a Hundred Soldiers Were Killed

"By fleshing out stories behind places he visits on the back of his motorcycle, Whiteside illustrates repeatedly the importance of delving deeper into the world around us, understanding as best we can the nuances that created modern life as experienced at the places where we choose to preserve pieces of our past and in what ways we choose to interpret that past."
—Derek Everett, author of Creating the American West

“[Old Blue’s Road] celebrates six years in search of the soul of the West. Is that ‘Born to be Wild’ playing in the background?”
—True West Magazine

“Funny and insightful enough to inspire others to hit the open road.”
—Cowboys & Indians

"Whiteside’s tome rewards readers with its deft mixture of the time-honored American road book and cogent insights. . . . His strong, clear prose and engaging technique of blending history with travel will win over both the serious student of the West and the more casual reader. "
—Craig Leavitt, Center for Colorado and the West at Auraria Library

"We need to make an effort to really see the landscape in which we live and through which we travel, whether actually or on paper. Who were the people who lived on or passed through the country; how did they shape it for the people who do so now; how has that landscape shaped the generations who have crossed, occupied, and used it—as Whiteside puts it, 'the West’s history rubbing up against the western present'?"

"This book is more than [Whiteside's] travel log, it tells a history of the places visited. Whether it’s Yellowstone Park, or Four Corners, Whiteside paints a vivid picture of then and now, making travel and history interesting."

"This well-documented and insightful tome comes recommended with real enthusiasm. New Mexico receives the lion's share of attention in this book, which serves as an engaging read for any devotee of the state as well as the whole of the American West."

"Whiteside clearly knows that every place has a story and he skillfully brings those stories to bear as he describes his passage through a town or past a marker or community. . . . [T]his may be the convincing tale that puts more Harley philosopher poets in the saddle to imagine and experience their own versions of the West and the unique history it has to offer."

—Journal of the West

In Old Blue's Road, historian James Whiteside shares accounts of his motorcycle adventures across the American West. He details the places he has seen, the people he has met, and the personal musings those encounters prompted on his unique journeys of discovery.

In 2005, Whiteside bought a Harley Davidson Heritage Softail, christened it "Old Blue," and set off on a series of far-reaching motorcycle adventures. Over six years he traveled more than 15,000 miles. Part travelogue and part historical tour, this book takes the reader along for the ride. Whiteside's travels to the Pacific Northwest, Yellowstone, Dodge City, Santa Fe, Wounded Knee, and many other locales prompt consideration of myriad topics—the ongoing struggle between Indian and mainstream American culture, the meaning of community, the sustainability of the West's hydraulic society, the creation of the national parks system, the Mormon experience in Utah, the internment of Japanese Americans during World War II, and more.

Delightfully funny and insightful, Old Blue's Road links the colorful history and vibrant present from Whiteside's unique vantage point, recognizing and reflecting on the processes of change that made the West what it is today. The book will interest the general reader and western historian alike, leading to new appreciation for the complex ways in which the American West's past and present come together.

A native of the American West, James Whiteside is a retired history professor living in Denver. He is the author of two previous books on the West, was awarded the Colorado Historical Society's Leroy R. Hafen Award (1985) and the Colorado Endowment for the Humanities Publication Prize (1999), and was a finalist for the Colorado Book Award (2000).