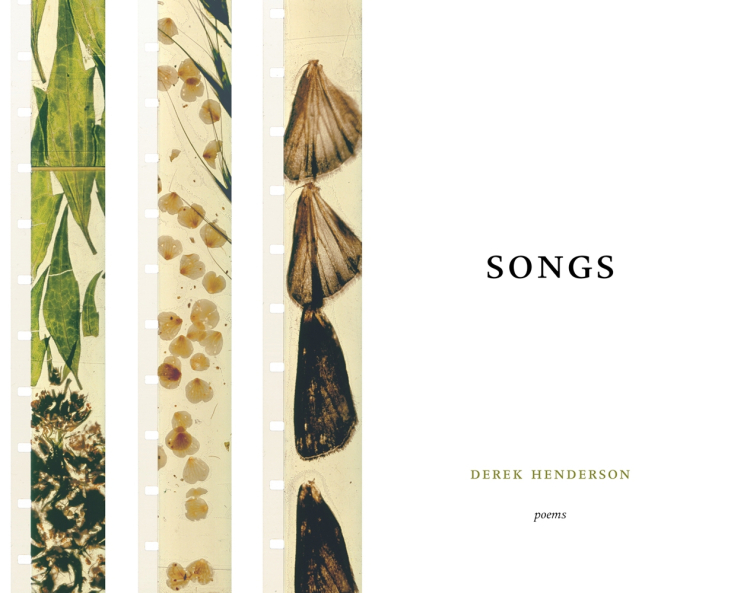 The poems in Derek Henderson's Songs are "translations" of a film cycle of the same name, shot by American filmmaker Stan Brakhage (1933-2003) to document his and his family's life in Colorado in the mid-1960s. Where Brakhage's films provide a subjective visual record of his experience bewildered by the eye, these poems let language bewilder the space a reader enters through the ear. Henderson tenders the visual experience of Brakhage's films—films of the domestic and the wild, the private and political, the local and global—into language that insists on the ultimate incapacity of language—or of image—to fully document the comfort and the violence of intimacy. Songs expresses the ecstasy we so often experience in the company of family, but it just as urgently attests to ecstasy's turbulent threat to family's stability. Like Brakhage's films, Henderson's poems carry across into language and find family in every moment, even the broken ones, all of them abounding in hope.

Derek Henderson lives in Salt Lake City, Utah. He is the author of Thus & and coauthor, with Derek Pollard, of Inconsequentia.